Samsung to unveil its next Galaxy phone on May 3 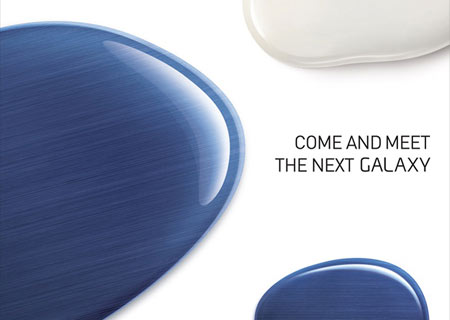 Rumors of the Galaxy S III have shown no sign of shortage over these past few months and maybe this highly anticipated handset could just be Samsung’s next, flagship Galaxy phone. The South Korea-based conglomerate plans on unveiling its latest device at a dedicated event scheduled for May 3, 2012.

This news came about as the company started sending out invitations for the event which was first disclosed by the guys over at Tweakers.net. The Next Web was next in line and managed to lay hands on an invite as well. Samsung later confirmed the authenticity of the event through its Twitter page and also posted a copy of the flyer on the official Samsung Tomorrow global blog.

Besides the date and venue details, the invitation flaunts nothing more than a single line stating ‘Come and meet the next Galaxy.’ The unveiling is scheduled to take place at the Earls Court Exhibition Center that’s located in London. Live streams of the event will also be available through the aforementioned blog and the Samsung Mobile Facebook page.

On the specifications front, there isn’t much officially disclosed at the moment. However, word points out to the possibility of a few likely hardware components. Compared to the 4.2-inch WVGA Super AMOLED Plus display on the early Galaxy S II variant, its successor should flaunt a 4.65-inch display along with the manufacturer’s own Exynos quad core processor. The SOC apparently incorporates a 32nm design and ARM Cortex-A9 cores which are most likely to clock in frequencies of up to 1.5GHz. And it’s safe to assume the Android Ice Cream Sandwich and the TouchWiz UI are on board as well.

As we’ve already pointed out, Samsung is expected to unveil its next Galaxy phone on May 3, 2012. So is it going to the Galaxy S III? Well, it looks like we might have to wait for 16 days more to find out.