Samsung is certainly giving India the royal treatment as it plans to bring yet another one of its latest handsets to the country as quickie as possible. The upcoming addition will be part of the Galaxy Grand series which is one of the largest lineups the company currently has in the country.

A teaser image was recently sent out from Samsung which partially shows a phone and the wordings ‘the grandest ever coming soon.’ Many reports are speculating that the handset will be the Galaxy Grand 3 which has been leaked multiple times already. 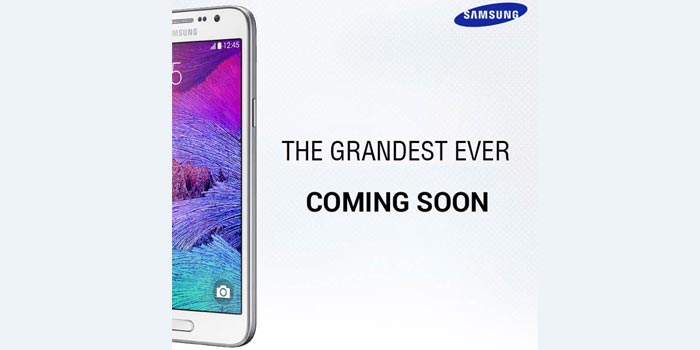 However, what none of them have reported is that the device which was extensively leaked over the past few months has already gone official in South Korean as the Galaxy Grand Max. The phone visible in the picture above is strikingly similar to the one Samsung released in its home town and we’re certain that the same one will also be making its debut in India soon.

And it might drop the current moniker for the Galaxy Grand 3 branding, but we’re yet to see creditable information on that. The handset is amongst the first 64-bit releases from the company. It’s powered by a 1.2GHz quad core Snapdragon 410 SOC and packs a 5.25-inch 720p HD touchscreen. Sadly, this panel will be an LCD and not an AMOLED display. There’s also the possibility of the smartphone offering 4G LTE in India. 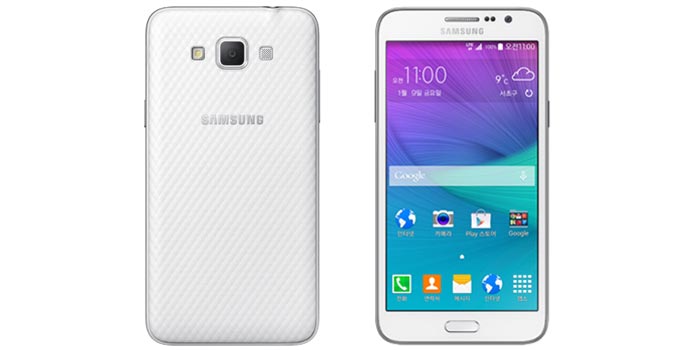 There’s no word on when the Samsung Galaxy Grand Max will go official in India. But when it does, you can expect it to retail for around Rs 18000 to 20000.