Samsung SUR40 for Microsoft Surface goes up for pre-order 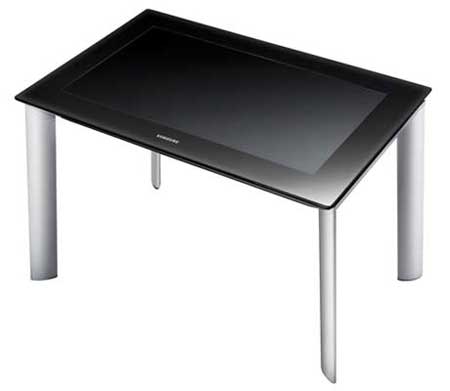 The Samsung SUR40 for Microsoft Surface is up for pre-order and appears to be commercially viable to aid users in booking air tickets, creating photo books and more. The device is embedded with a sleek 40-inch high-definition multi-touch screen that proffers 1980 x 1080 pixel resolutions.

Additionally, the 40-inch LCD display is complete with Pixelsense that allows multiple users to operate the device. Owing to this particular attribute, the gadget boasts of the ability to recognize a maximum of 50 simultaneous touch gestures. Apparently, the speed has not been compromised as the device acts almost instantly to carry out functions quickly and smoothly. The latest versions of the Microsoft surface SDK and Microsoft development tools can be employed for developing applications. 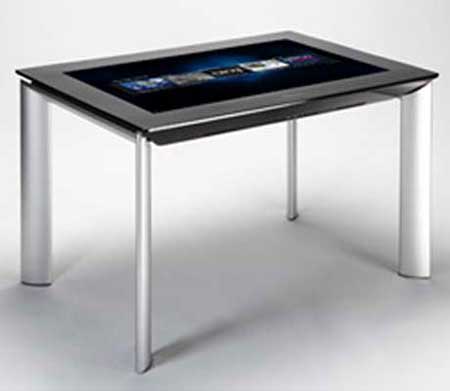 The specs sheet of the device reveals that the Samsung offering houses the AMD Athlon II X2 dual–core processor which delivers speed of 2.9GHz. Graphics have been taken care by AMD HD6750M GPU that extends support to DirectX 11 technology. The gadget sports a 4-inch thickness and can be easily mounted on the wall with the help of its VESA mount. The device has a 1,095mm x 728mm x 707.4mm profile and ships with standard legs for a stand, which can be replaced by other designed stands. It operates on Windows 7 OS to provide an immersive experience with the multi-touch surface that allows multiple people to operate it at the same time.

The Samsung SUR40 price tag reads about $8,400 via Engadget and is currently up for pre-order. It will begin shipping early next year for potential users.