Samsung sued by Ericsson over 11 patents 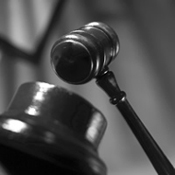 Ericsson has accused Samsung Electronics of being involved in the infringement of 11 patents concerning mobile phones. Ericsson filed the complaint on July 28 in US District Court in Marshall, Texas.

Gary Pinkham, investor relations manager at Ericsson said, “Our cross licensing agreement with Samsung expired last year, and we haven’t been able to agree on a new agreement, and in the meantime they’ve continued to use our patents.”

“It’s more a matter to make them stop using our patents if they’re not going to license them at a reasonable price,” continued Pinkham.

The two aren’t the only mobile companies involved in a spat over patent license renewals. Nokia and Qualcomm are also in the midst of a bitter renegotiation process. Qualcomm has filed a complaint against Nokia with the U.S. International Trade Commission and Nokia has filed a complaint against Qualcomm with the European Commission. The companies’ agreement expires early next year.

Facebook
Twitter
Pinterest
Linkedin
ReddIt
Tumblr
Flip
Previous articleNokia intros 2310 and 2610 in India, with the Unique ‘One Touch’ Feature to ‘Radio’ and ‘Internet’
Next articleKoolpool, an SMS-based Carpool Service being tested in Mumbai City