Samsung still believes in smartwatches, hints at Galaxy Gear 2 for 2014

Samsung Mobile UK has an interesting tweet for smartwatch fans, something which hints that a Galaxy Gear 2 is in the works for 2014. The company took to Twitter to tease fans with a picture of the Galaxy Gear and the year 2013 printed below this.

Beside the image of the wearable, you can see the words ‘What next?’ and ‘2014.’ It seems as if Samsung is just dying to tell us that a Galaxy Gear 2 is in the offing for this year. Are we excited? No. The point of carrying an extra gadget on our person tries hard and fails to make a sensible argument in favor of smartwatches. 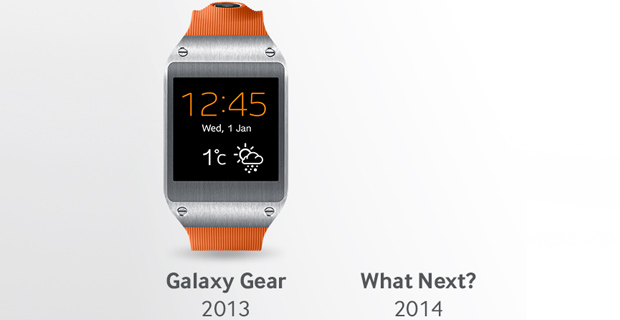 We just about got rid of wristwatches. And it’s not like the Galaxy Gear flew off shelves. Only 80,000 or so units were claimed to have been shipped by November 2013, as was reported by various publications including CNet Australia. It looks like Samsung wants to stay in the game while others are still playing. Or maybe it found a way of making smartwatches handier.

It’s possible that we’re reading too much into the tweet or that the South Korean company is planning an entirely new wearable since this market has started to heat up already. 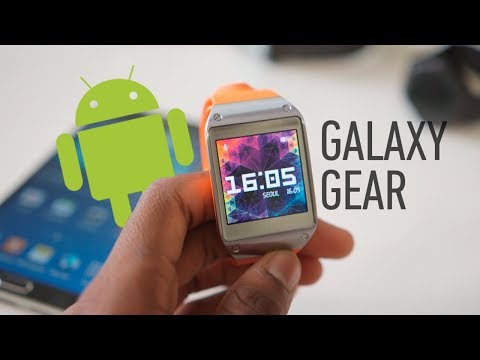 If you’ve got a Galaxy Note 3 or Galaxy S4 from AT&T, Sprint, T-Mobile, Verizon or US Cellular, then the Samsung smartwatch can be paired with either device. Galaxy S3 phones from the aforesaid carriers excluding Verizon work with it too. AT&T’s Galaxy Mega and the Galaxy Note 2 from Sprint or US Cellular can also get along with the wearable.