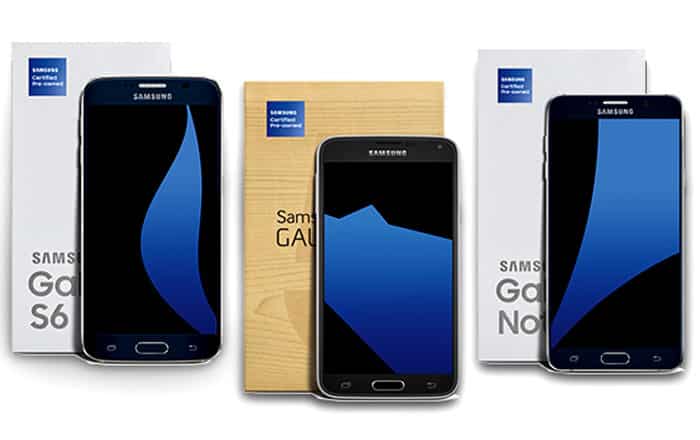 Samsung has been having a difficult time of it lately, what with its latest Galaxy Note 7 going up in flames due to battery explosions. However, that hasn’t stopped it from trying to sell its other non-exploding flagship smartphones to the public via its new refurbished smartphones program.

The ‘Samsung Certified Pre-Owned Phones and Refurbished Products’ section quietly went up on the brand’s US website last week. The company claims all the handsets have been completely refurbished by its own engineers and will be shipped with new headphones and chargers. Each unit will also be covered under a one-year warranty, just like its new products.

Refurbished phones up for grabs under the scheme include the Galaxy Note 3, Note 4, S4, S5, S6, and S6 Edge. Savings vary depending on the model chosen, with the maximum discount coming up to $265. For instance, the S6 Edge, S6 and Note 4 are being offered at $200 lesser than its regular cost.

The older Galaxy S5, Galaxy S4, and Galaxy Note 3 are similarly available at up to a $150, $130 and $250 discount, respectively. It should be noted that the entire amount has to be paid up front directly from the manufacturer’s website as the phones can’t be bought under carrier installment plans.

Speaking of carriers, none of the renovated devices are unlocked. Interested buyers will have to choose between Verizon, T-Mobile, AT&T and Sprint. Samsung only seems to be running the initiative in the US as of now. There’s no official word on whether or not it plans to extend the program to other markets in the near future.

You can check out Samsung’s portfolio of refurbished smartphones here.