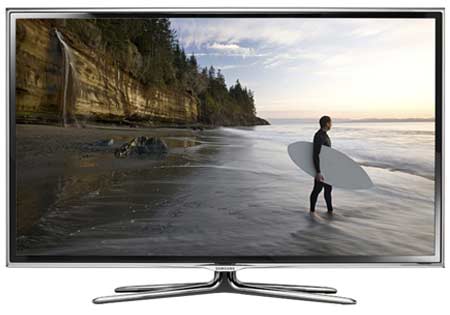 Taking television viewing to the next level, the Samsung Smart TVs which were released in India recently, are capable of recognizing voice and gestures to carry out various functions. The range inclusive of the ES8000, ES7500 and Plasma E8000, employ the Samsung Smart Interaction technology to provide users with an ‘intuitive option for controlling and interacting with the TV.’

The devices’ Voice Control, Face Recognition and Motion Control features add to the convenience, while eliminating the need to use a remote control. They utilize their built-in cameras and microphones to detect voice as well as movements to execute commands. Fueled by a dual core processor, the TVs incorporate an interactive interface with Smart Hub as well as access to over 1500 applications. Sharing content has been made easier with attributes like AllShare Play for Samsung phones or tablets and Family Story amongst others. 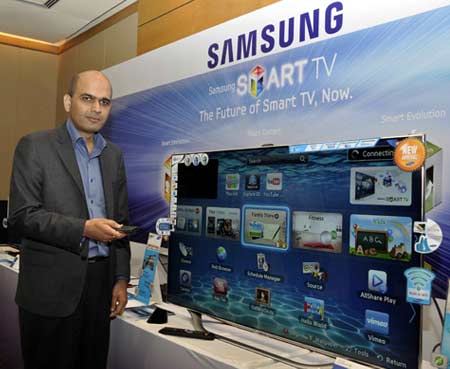 “Samsung’s global leadership in televisions has rested on our continued thrust on innovation and excellence. In India too, we have been the first to introduce the latest, innovative technology products such as LED TVs, 3D TVs and now 2012 Smart Television series. Samsung’s 2012 TV and AV strategy rests on three pillars: Smart Interaction, Smart Content, and Smart Evolution, and our 2012 Smart television range exemplifies the same. I am confident that the new Smart television range will help us create new segments and further fuel the growth of the flat panel television market in India,” expressed Raj Kumar Rishi, Vice President, AV Business, Samsung India.

Integrated with the edge-lit LED technology, the ES series displays with a dynamic contrast ratio of 3.5 million:1, come encased in sleek exteriors. The TVs are also said to be power-efficient as they consume as much as 40 percent less energy. Moreover, some variants of the Samsung Smart TVs extend support to the Samsung Evolution Kit that helps users to keep them updated with new hardware and software enhancements. Furthermore, the EH LED Series 4, 5 and 6 from the company will be made available in screen configurations ranging from 26 inches to 46 inches. 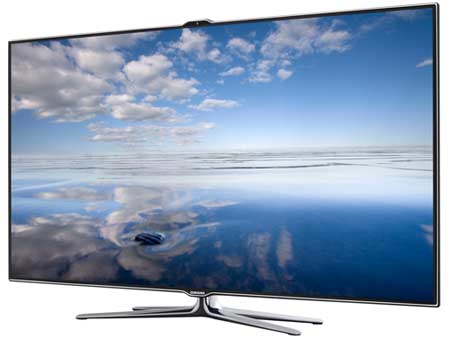