A Samsung SM-G739F has popped up as a surprise 5.5-inch companion to two other phablets the company is supposed to be working on at present. The handset was spotted on a benchmarking website where its key features and specs have been detailed.

The Samsung SM-G739F phablet is said to carry mid-range specs and it’s hard to tell which series the handset will be part of. But we highly doubt that it’ll be an upcoming option in the brand’s Note lineup. There’s the possibility of the handset joining the Mega series considering that only one phablet has been leaked so far with a 6-inch display, while the previous series has two models. 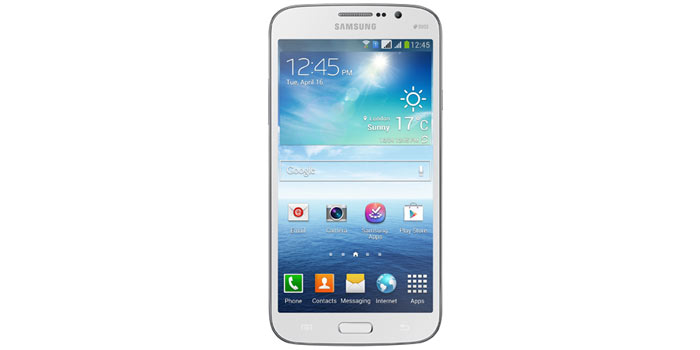 Well, that’s just pure speculation and we won’t know for sure until more concrete details are available. The handset’s large display may be a disappointing 720p HD panel and there could be a 1.6GHz quad core Snapdragon 400 SOC delivering the steam. 4G LTE connectivity will most likely be onboard, while Android 4.4.4 KitKat runs the show.

Related post: Sony appears to be working on a 6.1-inch KitKat smartphone for budget markets

The source of this information is GFXBench which has been responsible for several other device leaks over the past couple of weeks. The benchmarking website has also disclosed that the smartphone will have 1.5GB of RAM, 16GB of internal storage, a 2MP front camera and an 8MP rear snapper.

As mentioned above, the only way to know which series the Samsung SM-G739F will be part of is to wait for more information to surface. And when it does, we’ll be sure to update you as soon as possible.