Samsung will compete with the growing number of KitKat smartphones in India through its SM-G350E handset that’s designed for the entry-level segment. The phone has been spotted on an import website making its way to the country in question for testing and evaluation purposes.

The Zauba page highlights that two units have made their way to India and they each cost Rs 6,070. This amount is without taxes, so it’s safe to assume that the final price will be around Rs 7,000. Spotted by Gadgets To Use, the phone is said to come with mere basic features and it will be dual SIM enabled. The handset is a variant of the SM-G357F that was previously spotted in Sweden. Specs-wise, the SM-G350E has a lot in common with the Moto E. 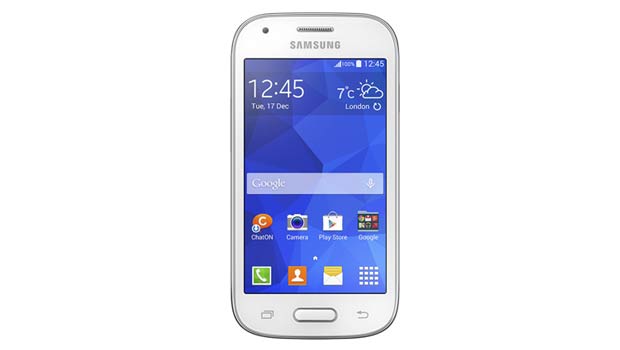 It features a 4.3-inch display of unknown resolution and a 5MP rear camera that can record videos in HD quality. There’s no word on a front-facing snapper, but the internals will have a 1.2GHz dual core chipset based on the Cortex A9 with PowerVR SGX 544 MP graphics. Other features include 1GB RAM and 8GB storage with possible microSD memory expansion. Expect to find the company’s TouchWiz UI coated over Android 4.4.2 KitKat.

The SM-G350E isn’t the company’s first entry-level smartphone to offer KitKat out of the box. The Galaxy Ace Style SM-G310HN (pictured above) which went official back in April in Germany comes with the newest OS version preloaded and it offers features quite similar to the smartphone in question.

While we’ve got a good idea of how much the Samsung SM-G350E will cost at launch, there’s no word on when the smartphone will go official.