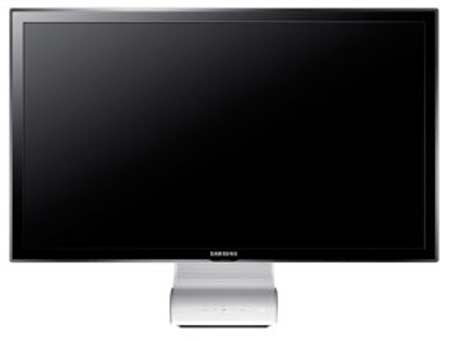 While companies like HP and LG are busy flaunting their latest desktop gadgets and TVs, Samsung is not far behind as it has announced the Samsung Series 7 Smart Station and TB750 HDTV monitor. A sequel to the Central Station, the second generation Smart Station CB750 boasts of abilities to integrate with mobile devices or the HDTV TB750 using a built-in TV tuner and is armed with the Intel WiDi technology.

The 24- and 27-inch Samsung Series 7 Smart Station can be synchronized with MHL-compliant Android smartphones and tablets to enjoy content on the big screen. It builds up on the auto detection feature of its predecessor to identify a laptop attached with a wireless USB adapter within a radius of 5 feet. The display can be connected to the mobile device along with a keyboard and a mouse, while its Mobile Control feature allows users to operate a smartphone as well as a laptop at the same time. 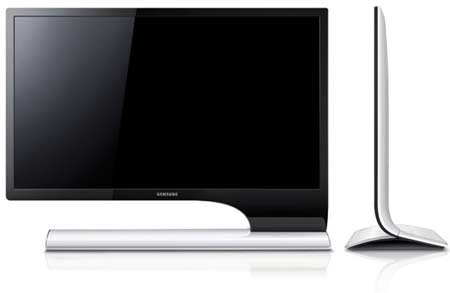 Sporting a sophisticated design, the CB750 features base mounted connectors and a wide angle panel. Employing a single-hinge base, the Smart Station is embedded with easily accessible USB 2.0 and USB 3.0 ports. Also included is an HDMI output for Blu-ray players, set-top boxes and gaming devices. Incorporated with speakers, its audio output can be used to connect additional sound equipment for an enhanced acoustic experience.

“The PC market has been slowly evolving as users move away from desktops in favor of the convenience of laptops, tablets and even smartphones. By doing this, users are limited to comparatively small screens, touchpads, limited keyboards and multiple peripheral connections. The new Series 7 Smart Station and Series 7 HDTV monitor solve these problems by providing users with an easy way to reduce desktop connection clutter and combine the convenience of a laptop or mobile device with the traditional advantages of a desktop PC. In addition, the built-in HDTV and WiDi functionality of the Series 7 HDTV monitor streamlines devices into a single work-play option ideal for smaller spaces,” stated Todd Bouman, vice president of product marketing at Samsung Enterprise Business Division. 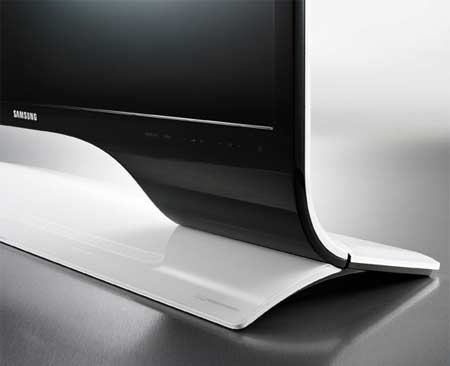 Next up is the WiDi-enabled Samsung Series 7 HDTV monitor that works towards augmenting the multimedia experience. Besides MHL support, this multitasking device comes with a VGA port and dual HDMI connectors for compatibility with a wide range of devices. Not only does it include an integrated HDTV tuner, but also the Samsung SmartHub function that should ensure access to applications and services such as Netflix, Hulu Plus and games amongst others.

Moreover, the HDTV dons an asymmetrical design and its neck which is positioned towards the right, can be tilted easily for the desired viewing angle. The sleek monitor is deployed with the MagicAngle feature to enhance the picture quality on the basis of the user’s position. It also supports the picture-in-picture display for added multitasking. It will come in configurations of 24 inches and 27 inches.

The Samsung Series 7 Smart Station and Series 7 HDTV monitor prices are $549 and $599, respectively. They will be available in March of this year.