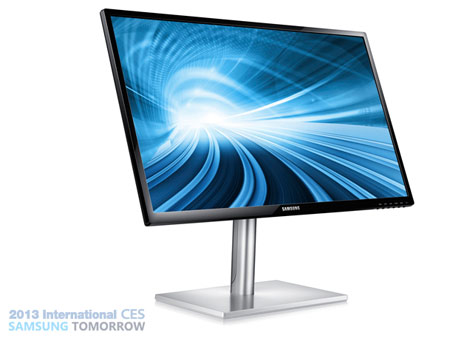 The new Samsung Series 7 monitors have been unveiled by the company in the form of press shots, and they’re ready to be deployed for showcase at the annual International Consumer Electronics Show which begins on January 8. Two displays form part of this new range which includes the Windows 8-optimized, touchscreen-equipped SC770 and the slim and ergonomic SC750. Both these products boast of 1080 x 1920p resolutions. Their release dates have been aimed at sometime during the first quarter of 2013.

Described by the South Korean electronics giant as its first multi-touch display that has been optimized for Windows 8, the SC770 is capable of supporting up to 10 points of simultaneous multi-touch. It comes with an ergonomic stand that is capable of adjusting to user preferences, thus being able to grant a 60-degree tilt for comfortable use. The SC770 features a 24-inch MVA screen which proffers a contrast ratio of 5000:1. It embeds HDMI, USB and speaker inputs as well. 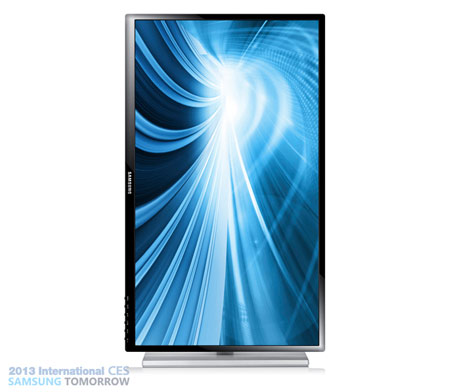 The SC750 on the other hand, kicks in a 27-inch WVA LED display whose brightness reads 300cd/m2. Its purported slim and ergonomic design makes it capable of a 90-degree pivot for improved convenience. The stand which the product has been coupled with is said to position the screen at a comfortable eye-level without the need for a support fixture. This monitor too offers a contrast ratio of 5000:1, while its response time has been set at 5ms (GTG).

Another piece of machinery from the company that will be on display at the CES is the Series 9 SB970 monitor which was launched in the US during the second half of 2012. This 27-inched display comes equipped with a PLS (Plane Line Switching) panel and Wide-Quad high-definition resolution, which collectively translate into four times more detail than traditional HD, so says its maker. Its built-in color calibration engine allows its users to adjust its uniformity, gamma and white balance through the company’s very own Natural Color Expert technology. 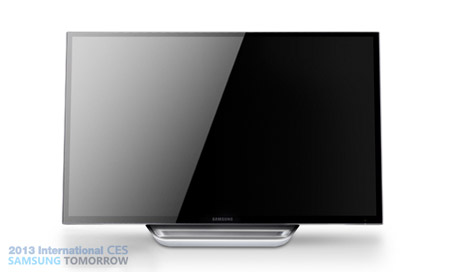 The price details of the Samsung Series 7 monitors haven’t been disclosed as yet. Scheduled to be on display at the upcoming CES event at the Las Vegas Convention Center, they will be launched sometime during the first quarter of 2013.