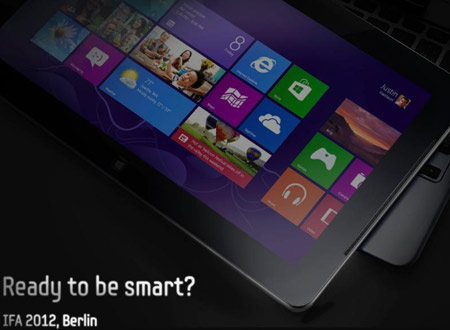 Going by a moniker that is quite a mouthful to pronounce and remember, the Samsung Series 5 Hybrid Windows 8 tablet-laptop may be ready to make an appearance. But wait for the IFA 2012. That’s when the company will also announce its Galaxy Note 2.

Harking back to the tablet-notebook combination in question, Samsung hasn’t exactly named the device. All the evidence made public is a Facebook photo of the gadget with the words ‘Ready to be smart?’ and ‘IFA 2012, Berlin’ printed on the bottom left corner of the image. This update is accompanied by the words ‘Don’t worry, it’s just around the corner…’ and it leaves much to guess about. As far as The Verge is concerned, the manufacturer is referring to the Series 5 Hybrid Windows 8 transforming slate which had already showed up at the Computex.

Even if the speculations are right on this count, there is nothing much to go on about in terms of specifications. The display fitted onto the device may be an 11-inch one. Additionally, the hybrid’s ability to transform into a laptop may be lent by an attachable keyboard dock and a stylus could also be on the cards. None of the information is really concrete at this juncture though. Even the teaser video we’ve posted above doesn’t say enough about the gadget apart from seeming to confirm the presence of a stylus dock. 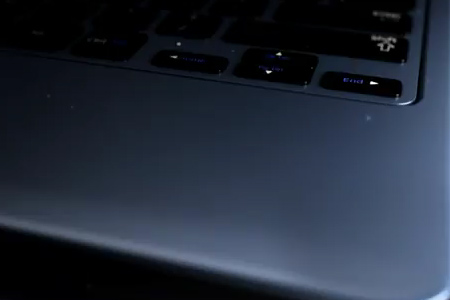 Well, there are only 3 days left until the IFA 2012. So it won’t be long until fans get a glimpse of the device. And if it isn’t the Samsung Series 5 Hybrid Windows 8 tablet-laptop we’re looking at, it’s bound to be something just as interesting. Now this is the point where we keep ours fingers crossed.