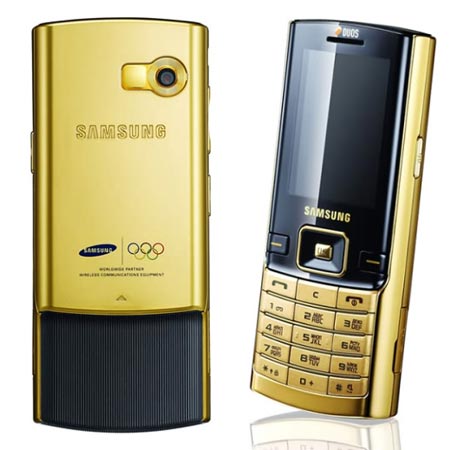 The Russian division of Samsung has introduced Samsung Duos D780 phone in a Gold edition, which is honored to be the official phone of Russia’s Olympic team for the Beijing Olympic Games held in August this year.

The luxurious dual-sim phone is gold plated and features official logo of the Olympic Games engraved at the back side.

Besides, the luxurious handset features a 2.1 inch TFT display with 262K colors and 240 x 320 pixels and tri-band GSM connectivity (900 / 1800 / 1900 Mhzv) with GPRS and EDGE, email and web capabilities with document viewer. Bluetooth 2.0 with A2DP and USB 2.0 connectivities are also incorporated with the phone.

Users can store their data with the help of the 60MB of internal memory and microSD card that supports 2 GB of the storage.

The Gold Plated Duos D780 phone will be shipped on August 8th in a limited edition on the same day when Olympic Games are beginning. As of now, the price of the handset has not been announced.