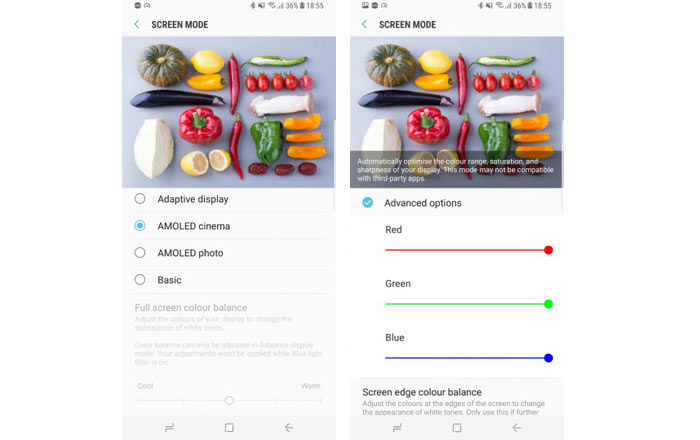 Samsung landed in a spot of trouble with its consumers last week when reports of a reddish tint on brand new Galaxy S8 and Galaxy S8+ units emerged. The company tried to downplay the issue at the time and promised to roll out an update to fix the problem.

It seems Samsung has stuck to its word and is now beaming out an upgrade for Galaxy S8 and Galaxy S8+ units in South Korea which allows customers to change up the panel’s color temperature. That’s what a couple of owners are saying over at XDA Developers, with one posting the above screenshots.

The option is greyed out in the other modes, so individuals suffering from too much red on their screen will have have no choice but to opt for Adaptive Display. Furthermore, their adjustments won’t be applied when the Galaxy S8’s blue light filter is active.

There’s also another setting called Screen Edge Color Balance within the Screen Mode menu. This particular choice lets users adjust the colors at the edge of the Galaxy S8’s display in order to change the appearance of white tones.

Samsung hasn’t officially stated when or if the red tint fix will be beamed out to other countries. The update should reach more owners in the near future.