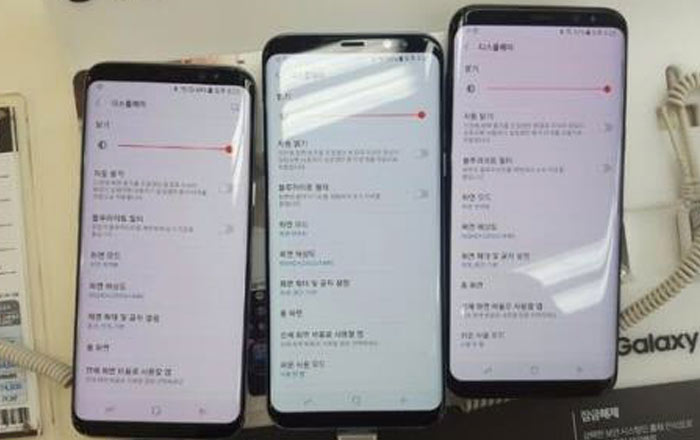 Samsung was hit by a major controversy earlier this week when several South Korean owners of the Galaxy S8 began complaining about a display issue which gave the phone’s screen a reddish hue. The company initially dismissed the concern as an issue that could be solved within the Settings menu even though most users were unable to do so.

However, Samsung now appears to have changed its tune slightly. A spokesperson told The Korea Herald that it was going to upgrade the software next week for all Galaxy S8 clients amid complaints about red-tinted screens.

Samsung has reportedly sent a missive to its service centers as well, telling them that there will be an additional update to make color revisions more minutely by the end of April. It seems the upgrade will expand the color range so customers can lower the red color.

Samsung is adamant about there being no major problem with the phone itself, stating that it’s upgrading the software only because of some dissatisfied customers. It hasn’t stated clearly how exactly the issue came about yet.

It’s possible there was a glitch in the software which upset the color balance on the Galaxy S8, meaning it might not be a hardware concern. Previous reports had claimed that the problem had originated from Samsung’s new process to produce deep red OLEDs. The method was developed to offset the green subpixels on the smartphone’s screen.

We’ll have to wait and see until next week to verify whether or not Samsung’s update gets rid of the reddish tint.