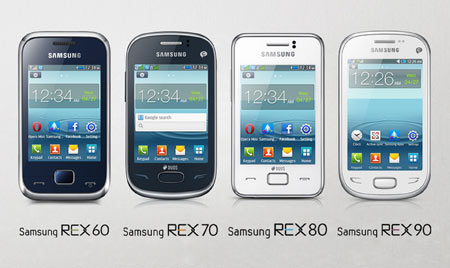 A range of ‘smart’ feature phones dubbed the Samsung Rex 90, 80, 70 and 60 have been launched in India and prices have been announced. Each device in the new series brings certain specific attributes to customers at a budget ranging from Rs. 4,280 to Rs. 6,490. All the handsets are pre-loaded with Facebook and Twitter apps and the Opera Mini web browser, as well as ActiveSync push mail.

The Rex 90, being the highest model in the lineup, will come with a 3.5-inch capacitive HVGA display. Among its key aspects is dual SIM capability, and it also brings along true hot swap. In terms of an interface, it gets the company’s TouchWiz UI and extends usability with 7 customizable home screens. Even though it is available on a budget, it has a respectable 3.2MP camera and Wi-Fi connectivity, while it can apparently deliver up to 15 hours of talk time. 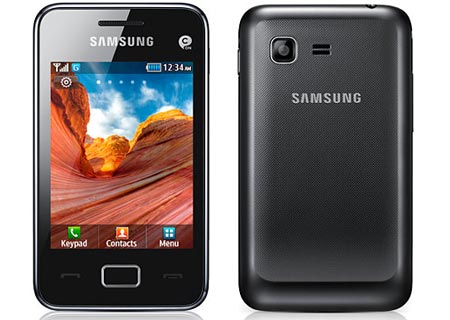 The handset dubbed the 80 has a 3-inch capacitive QVGA display with smart dual SIM, and the TouchWiz UI brings along 8 customizable home screens. It too has Wi-Fi but its camera option has been slightly downgraded to a 3MP shooter. According to the company, its battery can squeeze out approximately fourteen and a half hours of talk time.

The 70 in the series gets the same 3-inch QVGA screen with capacitive touch and retains other features such as the interface with 8 screens waiting to be changed as users see fit. Dual SIM capabilities are present and it gets true hot swap. A 2MP camera makes its way onto the gadget which is supposed to get around 13 hours of talk time. 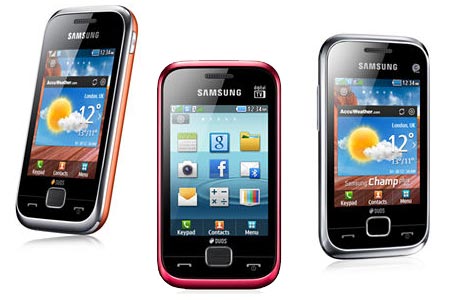 Finally, the model 60 from among the newly announced phones sheds capacitive touch from its 2.8-inch QVGA display. It gets a good 15 hours of talk time if the company’s statistics are to be believed, and once again gives users the option of filling up 8 home screens that react based on the TouchWiz UI. Dual SIM capabilities carry over, while users must be content with a 1.3MP snapper.

Furthermore, the series is being launched globally from India. Younghee Lee, Samsung’s executive VP of global marketing explains this decision, saying the country is at the center of economic and technological trends. But why release feature phones? The way she sees it, people everywhere are looking for new ways to improve their lives and the new series is part of what the company calls ‘people inspired innovation.’

The Samsung Rex 90, 80, 70 and 60 come to the country with a rather tempting Tata Docomo offer. According to this promotion, customers will get double the amount of data on all standard recharges for the same, until August 31, 2013.