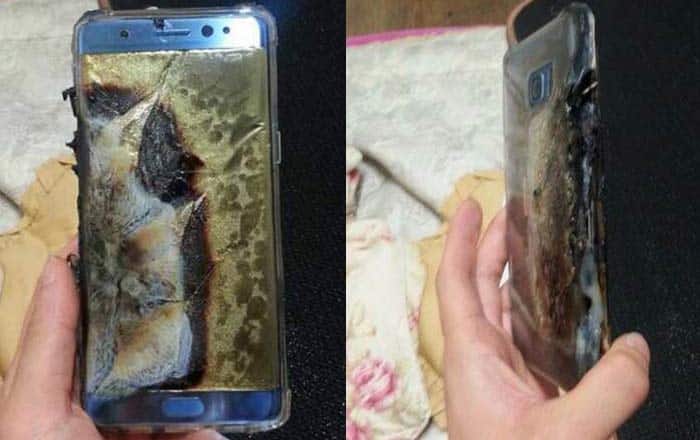 The Samsung Galaxy Note 7 seems to falling into one controversy after another, with the latest one concerned with exploding batteries. The company has now been forced to delay shipments of its phablet as it investigates the issue.

This is extremely bad news for Samsung. The South Korean brand was on a renaissance of sorts thanks to positive reviews for the Galaxy Note 7 and strong sales of the Galaxy S7 and S7 Edge. Its mobile division was well on its way to post annual growth in terms of profit for the first time in 3 years.

However, reports of exploding batteries in Samsung’s home country have had a negative effect on its stock, knocking its market value down by $7 billion. The manufacturer told Reuters that it has delayed shipments of the smartphone for quality control testing. It didn’t actually specify whether these checks were triggered by talk of the device blowing up or not.

The batteries employed in the Galaxy Note 7 were supplied by Samsung SDI Co Ltd, the main brand’s sister company. The subsidiary claims that it hasn’t received any information to suggest that its product was faulty. A number of individuals have posted images and videos to the contrary, showcasing burnt handsets which they assert had caught on fire.

Quite a few South Korean publications are now maintaining that Samsung is planning to announce a recall for affected Galaxy Note 7’s. However, instead of giving owners a new handset, the firm will apparently replace its battery component.

Exploding batteries is just the latest headache users of the Galaxy Note 7 have to deal with. Numerous consumers have been reporting instances of the handset crashing and turning into a brick. Samsung hasn’t officially commented on these cases either.