Available for purchase in India right now is the new Samsung Galaxy S Duos 3-VE smartphone which is nothing but a slightly altered version of the original device. This Android 4.4 KitKat-running device can be purchased at Rs 6650 through the company’s official eStore.

The only major difference which the Samsung Galaxy S Duos 3-VE bears with its previously released variant is that while the new model’s dual core processor is clocked at 1.2GHz, the old device’s CPU runs at 1GHz. Other than that, all the specs of the fresh handset seem to have been kept unchanged, making us wonder why they have released it in the first place. 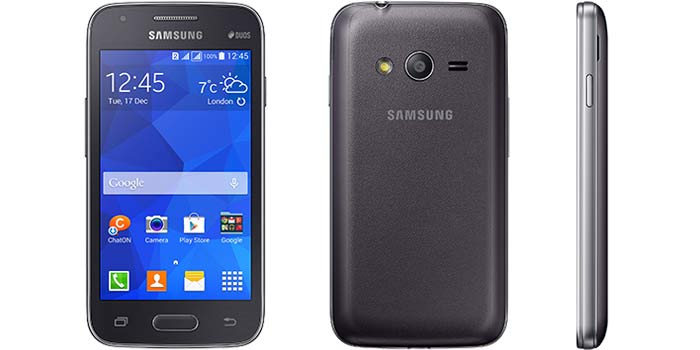 Samsung has equipped it with a 4-inch 480 x 800 pixel display which is complemented on the front surface by a VGA camera. The back panel of this phone features a 5MP autofocus shooter that’s accompanied by an LED flash module.

The Galaxy S Duos 3-VE kicks in 512MB worth of RAM and 4GB worth of storage space which is of course expandable by means of its microSD card slot. This phone furthermore houses a 1500mAh battery which powers its operations.

Like we said, the new Samsung Galaxy S Duos 3-VE can be grabbed now through the company’s official eStore at a price of just Rs 6550. The original S Duos 3 is also available for purchase there at RS 6850.