The Samsung Project J might include the Galaxy S4 mini and a smartwatch belonging to the same series, according to a new report. The odd moniker was first introduced when talk of a successor to the S3 started to surface, and now we hear that it could comprise of more than a single device. There has already been intense speculation over a followup to the GS3, and this is the latest in a long line of rumors we are seeing.

An intense period followed the Project J reveal, with its name being changed a few times. Ultimately the rumors settled on GT-I9500, after giving a once-over to the codename Altius. Now the folks at SamMobile have gotten wind of a new line of accessories apparently tied to this secret program, and have drawn up a list of products that fit the bill. 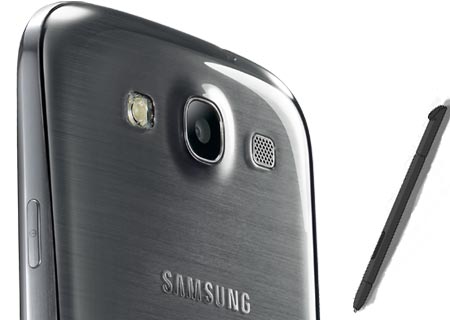 The website reports that this venture encompasses 3 gadgets, two of which it has proclaimed confirmed. The first of these is undoubtedly a replacement (so to speak) for the S3. Apparently, it has gone by many names and even a number. Whether or not this was a ploy to disguise its existence is not known.

It must be re-stated that the existence of the device has been inferred from information on its accessories which include a clear cover, in addition to a protective case as well as a flip cover. But the main clues are the HDTV adapter, a wireless charging kit and a 2600mAh battery. The list also lays out a headset and a pouch, plus an extra battery kit.

From what the website reckons based on the details which have been disclosed to it, the second is a handset along the same lines as the smaller version of the S3 which was launched some after the original. And the S4 mini, also going by the codename Serrano, is apparently compatible with practically all the accessories of its larger sibling, except for the wireless charging dock.

The last has been speculated based on its accompanying arm band and bicycle mount. It goes by the name Active or Fortius, and is the least clear of the three. What it might actually be escapes everyone at the moment, but it is suggested that it might just be that the Korean company has heard the talk of Apple’s iWatch and is readying its own smartwatch accessory.

But really what is the Samsung Project J? Does it pertain to one gadget or many devices? We’ll probably only have to wait a little longer to find out whether there could be a Galaxy S4 mini and a smartwatch in the works, with the company expected to announce something in March.