The Samsung Galaxy S4 is a mighty performer when it comes to benchmarks, but could these numbers have been rigged? Well, certainly. It turns out, Samsung has allegedly been optimizing performance where the current flagship’s CPU and GPU operate at higher frequencies in certain tests and at lower speeds for other tasks.

The international version of the Galaxy S4 rocks an Exynos 5 Octa 5410 SOC which incorporates quad Cortex A7 and Cortex A15 clusters along with PowerVR SGX 544MP3 graphics that are capable of operating at up to 533MHz. After a little snooping around, the guys over at AnandTech have noticed that the GPU only peaks when running certain benchmarks, while the highest frequency it delivers for other applications and games is limited to 480MHz. What’s worth mentioning is that the company hasn’t officially disclosed the clock speed of the GPU. But considering that it can go way beyond its normal state in popular benchmarking apps like GLBenchmark 2.5.1, AnTuTu and Quadrant, clearly indicates foul play. 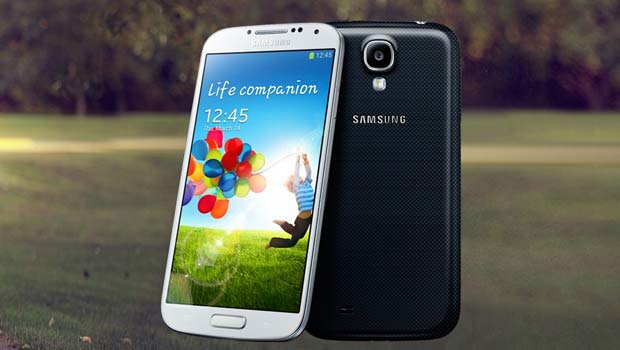 The GFXBench 2.7.0 app which is a newer version of GLBenchmark 2.5.1 doesn’t seem to be affected. The difference in scores from both applications shows the Galaxy S4 with an 11% increase in performance on the latter. Diving deeper into the matter, the report has managed to come across a BenchmarkBooster string which specifically names these tools along with a few more.

Apart from optimizing graphics performance, the company has got the CPU working in a similar manner. The GLBenchmark 2.5.1 app forces the quad core Cortex A15 to a stagnant 1.2GHz frequency, while GFXBench 2.7 will bring up the A7 cluster clocked at just 500MHz. This behavior was even noticed in apps like Linpack and Benchmark Pi amongst others. The CPU optimizations are said to be present on the Qualcomm versions as well, which packs a Snapdragon 600 chipset.

The conglomerate has confirmed that the GPU can scale to a maximum frequency of 533MHz, but is limited to applications that are ‘used in full-screen mode.’ As stated by the company, they include ‘S Browser, Gallery, Camera, Video Player and certain benchmarking apps.’ The conclusion – Guilty as charged.