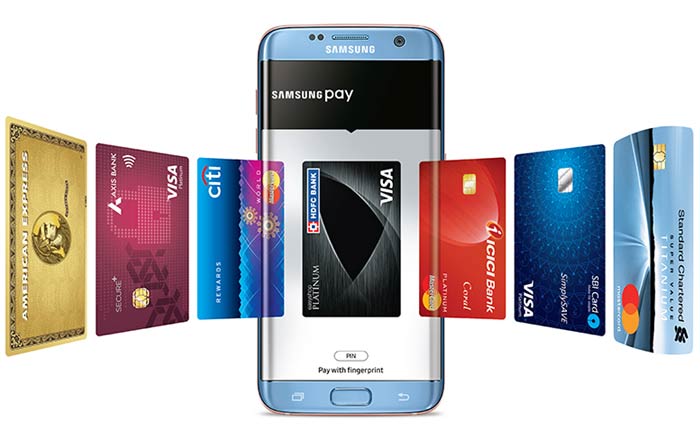 Samsung Pay has finally gone live in India, after numerous teasers and the arrival of an early access program. The payment service has begun rolling out to people who signed up for the latter.

It shouldn’t be too long before Samsung Pay makes its way outside this small circle to more users in India. Eligible devices which support the platform include the Galaxy S7, Galaxy S7 Edge, Galaxy S6 edge+, Galaxy Note 5, Galaxy A5 (2016), and Galaxy A7 (2016).

Samsung’s tied up with HDFC, ICICI, SBI, Standard Chartered, and Axis Bank for the endeavor. It’s planning to add integration for American Express and Citibank in the future. The company’s also letting people add their Paytm wallet to the app and promising promotional offers.

It’ll be interesting to see how Samsung Pay fares in India since it’ll be competing with a number of other digital wallets and has a limited reach compared to them. The main thing which sets it apart is the fact that it conducts transactions via both MST (Magnetic Secure Transmission) and NFC (Near Field Communication).

MST allows Samsung Pay to work with most card machines found in shops, with the phone acting as a virtual card to be swiped. To conduct a transaction, users will have to open up the app on their phone, select their preferred card, and authorize the payment by entering their 4-digit PIN or scanning their fingerprint.