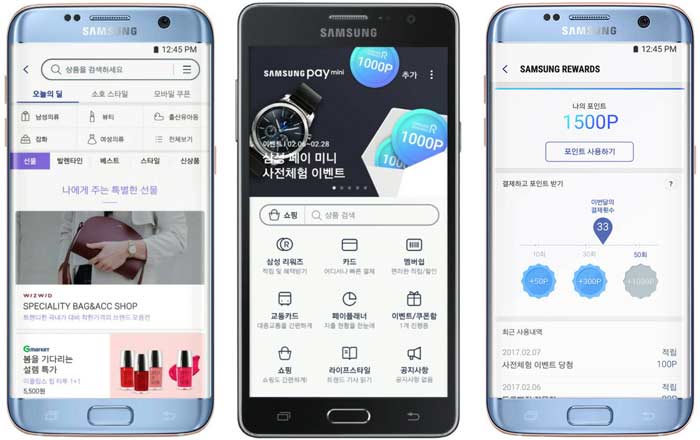 Samsung Pay Mini has officially emerged from the shadows after being rumored for months and getting spotted in various leaks. The company is set to launch the service in the first quarter of 2017 for all Android phones.

Samsung Pay Mini is basically a stripped-down version of the brand’s Samsung Pay facility. The former is limited to online payments and won’t be able to conduct offline transactions via a reader since this would require the presence of Samsung-specific hardware to read magstripes.

Any Android smartphone running Lollipop and above will be able to download Samsung Pay Mini. However, the handsets must have at least an HD display resolution for the application to be compatible. The brand is planning to launch the app in its home base of South Korea first.

Samsung’s going to kickstart a pre-launch trial for the service on February 6, letting interested Android users in South Korea download a demo version via the Google Play Store. A spokesperson for the manufacturer said that it was reviewing release dates for other markets but had not finalized anything as yet.

Samsung Pay Mini will allow access to Pay features like membership, transportation, and lifestyle. Both are set to get a new tool simply dubbed Shopping. It’ll provide direct access to local online marketplaces which have joined hands with the tech giant. There’s also going to be a new Rewards system to supply additional benefits on the basis of points accumulated.