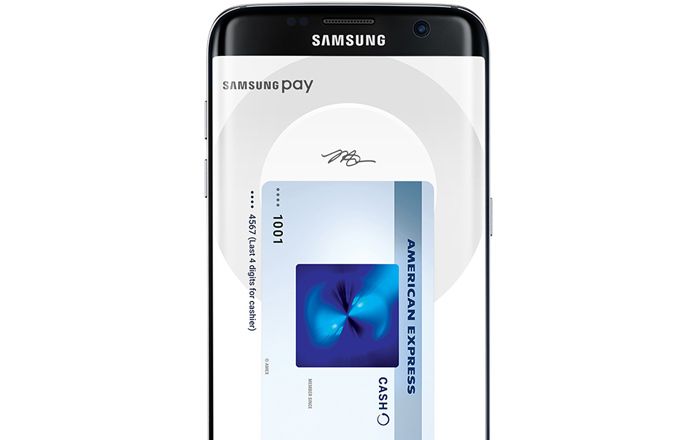 Samsung is yet to roll out its Pay service on Indian shores, but a new report alleges that this may not be the case for much longer. The brand is apparently going to debut the platform in the nation within the first half of 2017.

Interestingly, a person familiar with the matter told Mashable that Samsung was partnering up with American Express to launch Pay in India. It’s also thinking of tying up with MasterCard and Visa. The tech major supposedly started testing the e-payment solution in December 2016.

Samsung even began teasing Galaxy S7 and Galaxy S7 Edge owners who had installed the update to Android 7.0 Nougat about the platform. Once the upgrade is over and done with, users were greeted with the words ‘The future of payments is coming soon!’ on their screen.

Adding more intrigue to the mix is the presence of the Samsung Pay app in both handsets post-Nougat. Even the Note 5 got a similar update last week which automatically installed the tool. While there hasn’t been an official announcement from the brand as yet, these two separate instances indicate that it’s definitely preparing the stage for an eventual unveiling.

Samsung Pay will likely face a variety of impediments when it does hit India. For one, it has a limited reach compared to services like Paytm because only high-end Samsung smartphone can support the digital wallet. These will likely include the Galaxy Note 5, Galaxy S6, Galaxy S6 Edge, Galaxy S6 Edge+, Galaxy S7, and Galaxy S7 Edge.

Market research firm Counterpoint claims that there are over 2.5 million people using the above selection of phones, representing a very sizable mature user base for Samsung Pay to get it going in the beginning. The company recently launched Pay Mini, a similar service that was limited to online transactions but available to all Android devices.