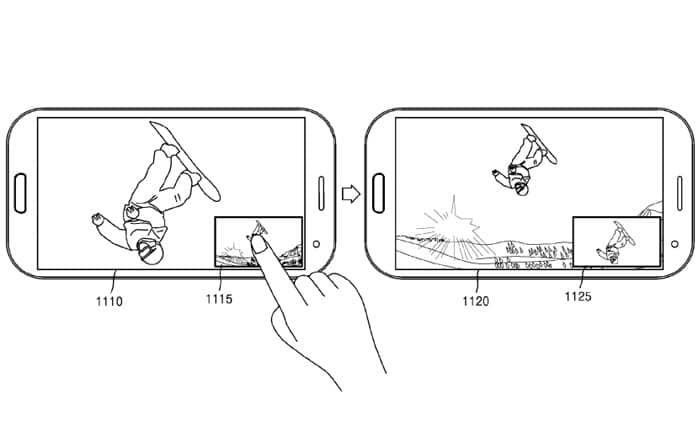 Amidst rumors that the Galaxy S8 will be ditching its headphone jack just like the iPhone, comes yet another indication of Samsung emulating Apple. A patent application filed by the South Korean company reveals its development of a unique dual camera system.

The particular technology will involve a camera bearing a wide-angle lens and another camera bearing a telephoto lens. Upon further observation, it is suggested that Samsung intends this system to be aimed more at videos than on images.

The patent application which was filed with the USPTO back in March, 2016, but has only recently been made public, tells us that the telephoto camera will capture a zoomed-in image of the subject, while the wide angle snapper will focus on the entirety of the frame.

The action will then shift to a special processor which will analyze the video and determine which among the two cameras shot the ‘main image’ based on the subject’s motion, and render that camera’s visuals as primary. In case the subject is moving too fast, the wide angle camera’s videos will become the ‘main image.’

Images used to describe this patent show the example of an ice skating trick. In such scenarios, having two different videos really helps in the process, since you can play around with the two while editing them together.

At the moment, it is unclear whether Samsung is planning to bring this dual camera setup to any of its future devices or not. If it does make its way onto the Galaxy S8, that would help it a great deal in competing with the iPhone 7 Plus.