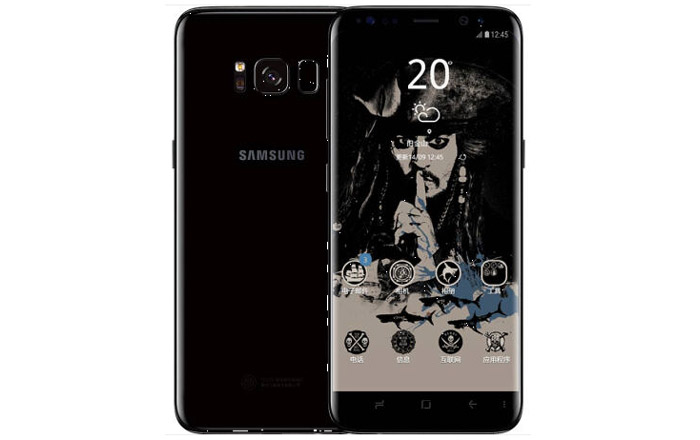 Samsung is known for releasing special editions of its flagship handsets, tying up with a movie or game franchise as part of its promotional blitzkrieg. For the Galaxy S8, the brand has just outed a Pirates of the Caribbean Special Edition model that goes heavy on the pirate imagery.

The Galaxy S8 Pirates of the Caribbean Special Edition variant is currently only available in China priced at CNY 5988 (roughly $880 or Rs 56640). Sadly, the brand hasn’t revamped the phone itself in any way, sticking to the same regular black color and 64GB/4GB memory specs.

The changes are purely cosmetic, which is kind of a letdown considering the stunning Iron Man and Batman editions Samsung’s come up with over the years. Buyers will get access to a Pirates of the Caribbean: Dead Men Tell No Tales-themed UI and a bundled back cover with a skull design.

Specifications of the Samsung Galaxy S8 Pirates of the Caribbean Special Edition:

Samsung’s additionally redesigned the retail box to look like a treasure chest and placed a nautical-themed phone ring holder inside. Specs appear to be the same as the vanilla Galaxy S8. We’ll keep you in the know if and when the company decides the special edition is ready to sail to distant shores outside China.