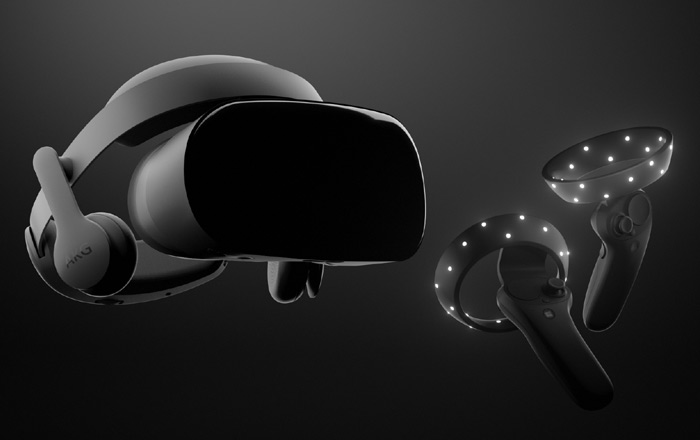 Microsoft’s making a big push towards expanding mixed reality to all, announcing a number of upcoming projects at an event. Highlights include Samsung’s first-ever Windows Mixed Reality headset, a partnership with SteamVR, and the arrival of social media platform AltSpaceVR.

Microsoft’s mixed reality ambitions started out with the HoloLens back in 2015, straddling the worlds of AR, VR, and holographic computing in one expensive package. A number of manufacturers ranging from Acer to Lenovo have since launched its own devices starting at a more reasonable rate. Those products are now up for pre-order on the tech giant’s site.

Most will go up for sale on October 17, alongside 20000 new apps in the Microsoft Store including Minecraft, Fantastic Contraption, Arizona Sunshine, Luna, Obduction, Dreams of Dali, and Space Pirate Trainer. It’s the same day the Windows 10 Fall Creators Update will begin rolling out.

As for the new kid on the block, the HMD Odyssey is priced at $499.99 and is currently up for pre-orders via Microsoft and Samsung’s site. It’ll hit stores on November 6. Standout features include dual AMOLED 3.5-inch 2880 x 1600p displays, built-in spatial AKG headphones, a 90Hz refresh rate, a 110-degree field of view, and inside-out tracking.

The HMD Odyssey additionally comes with a pair of motion controllers that lets players move around their environment without having to bother about sensors. Other than Microsoft’s own roster of apps, gamers will also get to explore SteamVR content this holiday season on a preview basis.

Finally, Microsoft has announced that the team behind AltspaceVR will be joining it. The latter was on the verge of closing not too long ago, but the former swooped in to acquire it. The platform focuses entirely on VR experiences in the social media sector, bringing people together for dance parties, comedy shows, and meetups.