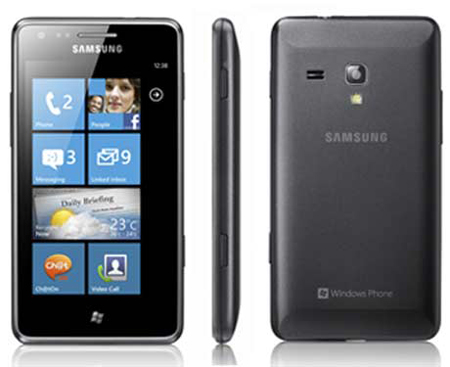 Only recently, the Windows Phone based Focus 2 went up for sale in the US, and the Korean manufacturer has bounced back with a Microsoft certified device for Europe, the Samsung Omnia M. This next edition Omnia smartphone will initially be made available in Europe and is slated to be released in other regions in the future.

Meant for users who like to multitask on their handsets, the Omnia M dons a minimalist design on a contoured ergonomic form factor. A 4-inch Super AMOLED display dominates the front panel and claims to reduce the glare in order to cut down on reflection in brightly lit conditions as well as to save up on battery life. The multitasking properties of the device can be attributed to the integrated 1GHz processor.

“Mobile consumers increasingly carry and share a large part of their lives through their phones. They are looking for phones that combine individual style with the ability to consume and share all kinds of content across their ever-growing social networks. The Omnia M meets all these demands, with the enhanced performance and social options afforded by Windows Phone and Samsung services,” commented JK Shin, President of IT and Mobile Communications Division, Samsung. 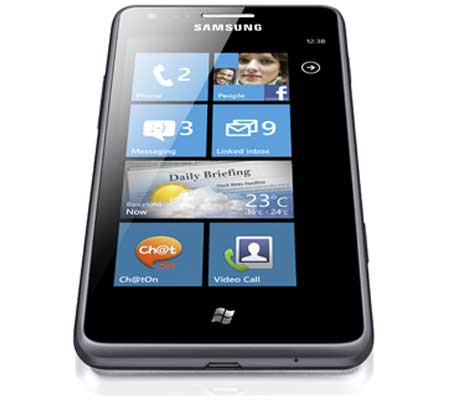 This social-ready smartphone boasts of features like support for the company’s proprietary cloud-based network, Family Story and the pre-loaded ChatOn messaging service amongst others. Its AllShare function facilitates streaming content onto a larger screen, while its Music Hub comes with the Smart DJ feature for automatically generating playlists. The Photo Studio editor, People Hub and Xbox Live have been included in the handset too. Additionally, Windows Live SkyDrive tags along 25GB of online storage for instant access to digital content on the move.

The Samsung Omnia M release date and price for Europe have not been given a clear mention.