Samsung’s KitKat lineup is expanding with fresh additions through the Galaxy Core II and Galaxy Ace 4 smartphones. Both devices have been officially launched by the company along with the Young 2 and Star 2 entry-level handsets.

The Samsung Galaxy Core II has been leaked a couple of times already and the information provided back then has proven to be accurate. The smartphone is an entry-level addition to a large ever-growing family of handsets. Design-wise, there’s nothing new to talk about here expect for the leather-like back cover. The phone comes with a 4.5-inch WVGA display and dual cameras (5MP rear and VGA front). 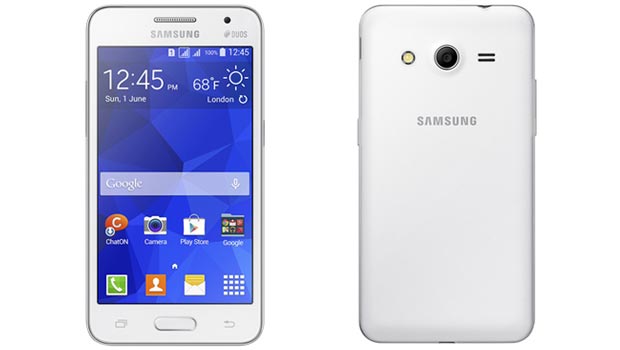 On the inside there’s a 1.2GHz quad core processor, 768MB of RAM, 4GB storage, 64GB expandable memory and a 2000mAh battery. Samsung has apparently thrown in its TouchWiz Essence user interface here which is a simplified version of the original, albeit it looks no different to us, at least the home screen doesn’t. Then there’s dual SIM support with HSPA+ 21Mbps compatibility.

The Galaxy Ace 4 is the fifth member in the series and it appears to be a variant of the Ace Style. Both phones share similar specs and they look almost the same as well. The phone comes with a 4-inch WVGA TFT display, a 5MP rear camera with LED flash, a VGA front-facing snapper, 4GB of storage and a microSD card slot. The handset will be available in two models, 3G and LTE. The former carries a 1.2GHz dual core processor, 1GB of RAM and an 1800mAh battery, while the latter sports 512MB of RAM, a 1GHz dual core CPU and a 1500mAh cell. 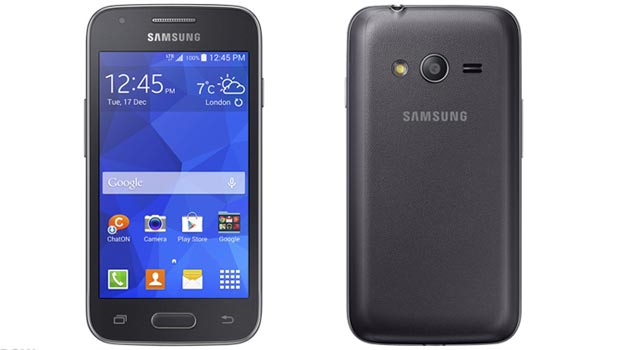 Samsung has left out the price and release date details for the Galaxy Core II and Galaxy Ace 4 smartphones.