After months of rumors and leaks, Samsung has officially taken the covers off the new Galaxy Note7 and Gear VR headset. As expected, the smartphone has been equipped with an iris scanner, becoming the first smartphone from the brand’s lineup to sport the feature.

Biometric authentication is the name of the game here, with both the fingerprint and iris scanner ready to be used to secure Samsung Pay, Knox, and the new Secure Folder which lets you store private apps and files. The Galaxy Note7 borrows a number of features from the Galaxy S7. For instance, it’s been blessed with the same IP68 certification which guarantees water and dust resistance.

The Galaxy Note7 also boasts of the same 12MP OIS Dual Pixel camera which promises better low-light photos due to its wide f/1.7 aperture. The smartphone ships with an enhanced S Pen that apparently offers better pressure sensitivity and is additionally 0.7mm smaller. Useful features include Smart Select to create GIFs and Air Command to translate languages just by hovering over the text. 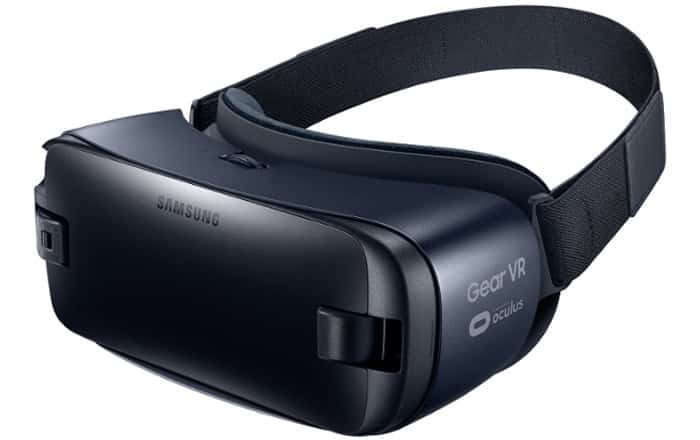 Samsung has even fortified the new S Pen with IP68 certification to let you write on the phone’s screen even if it’s wet. The brand has further strengthened the dual-curved display by layering it with the recently launched Gorilla Glass 5. As for the $99 Gear VR, the company has updated the headset with a new touchpad, USB Type-C connectivity, and improved viewing angles.

The Galaxy Note7 is currently up for pre-orders in the US via retailers such as Amazon, T-Mobile, Verizon, Sprint and AT&T. Launch offers vary, with some offering a choice between a Gear Fit 2 and 256GB microSD card. It’s set to hit shelves on August 19. The manufacturer hasn’t officially announced its price yet, though some carriers are offering it at $849.99 upfront.

Take a quick look at the specifications of the Samsung Galaxy Note7:

The Samsung Galaxy Note7 is expected to come out in India on August 11. We’ll keep you updated the moment its cost and availability details are announced.