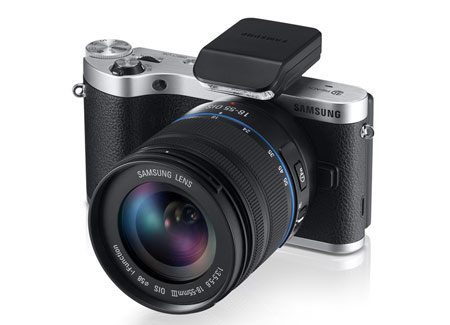 With its price tagged at $749.99, the Samsung NX300 has been unveiled by the South Korean electronics giant. This retro-themed camera is all set to act as a flagship device for the company’s NX range when it comes out in March this year. Also unveiled is the new NX 45mm F1.8 2D/3D lens which can capture both still images as well as full HD movies in 3D quality. The snapper’s Smart Camera tag is present due to the fact that it has been equipped with Wi-Fi functionality, allowing easy access to the sharing of clicked images.

Touting the NX300 as being capable of offering ‘incredible speed and accuracy through advanced photographic features,’ Myoung Sup Han, senior vice president and head of the digital imaging business at Samsung Electronics, asserted that this product’s Internet connectivity is able to make shooting and sharing ‘both easy and seamless.’ At the heart of the camera lies a 20.3MP APS-CMOS sensor which is accompanied by a wide ISO range that goes from 100 to 25600. Moreover, it kicks in a new Hybrid Auto Focus system for fast, accurate phase and contrast detection. 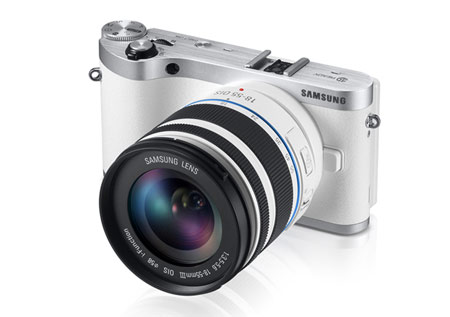 The snapper also possesses an i-Depth trait which lets users easily adjust the depth of an image thanks to the NX Series’ i-Function system. A 3.31-inch AMOLED display is housed by the device’s tilt touch panel. Its Wi-Fi connectivity allows users to transfer images to smartphones using the Smart Camera app which is available for Android and iOS platforms. They can even be shared on social networking sites – a feature perfected by the company’s very own Galaxy Camera – using its one-touch Direct Link hot key. Lastly, its AllShare Play support ensures that the images can be easily backed up over the cloud. 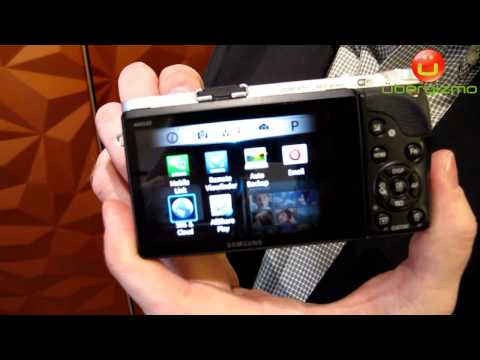 Coming to the fresh 45mm 2D/3D lens (sold separately), this attachment is being hailed by its maker as the world’s first one-lens 3D system for a consumer camera. Along with still pictures, it will also be able to offer the 3D effect for 1080p HD videos captured through the snapper. Both the camera and the lens will be on show at the upcoming CES event which is slated to commence on January 8 at the Los Angeles Convention Center in the US. 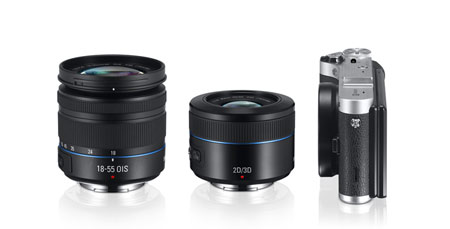 The release date of the Samsung NX300 will fall sometime during March this year, and will sell for $749.99. The lens on the other hand, will start selling at $599 during the same period.