Samsung now pushing update to Gear Fit, Gear 2 and Gear 2 Neo in US

Owners of the Samsung Gear Fit, Gear 2 and Gear 2 Neo products in the US are being greeted by an update which is aimed at improving their ‘overall experience’ with these smart devices. The changes that are being introduced by this software release are based on the feedback it has received from its consumers, claims the South Korean technology giant.

Following the update, the pedometer on these Gears will become more accurate, and will even start counting steps automatically. And that’s not all; users will also be able to set higher pedometer goals in order to track their movements over a longer period of time. 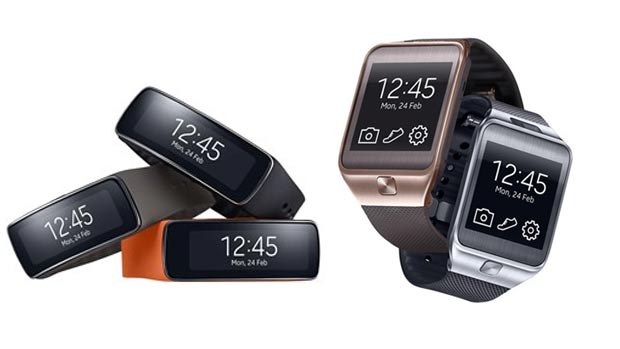 The new update that’s being beamed onto the Gear Fit, Gear 2 and Gear 2 Neo right now will ease up the pedometer data transfer process as well. The accuracy of their heart rate monitoring will increase, whereas an improved Sleep Mode will disable the screen wake-up attribute, allowing you to wear you devices while catching some Zs without being disturbed.

One more much in demand feature that finds its way into this update is the ability to create custom messages for call rejections. The default messages will get a few more additions as well. Samsung started rolling out this update yesterday, and right now, it should only be available to folks residing in the US.

Their paired Galaxy smartphones or tablets will receive a notification whenever the devices on their wrists are ready to update. Following the steps from that notification will easily let them push the new software into their Samsung Gear Fit, Gear 2 and Gear 2 Neo gadgets.