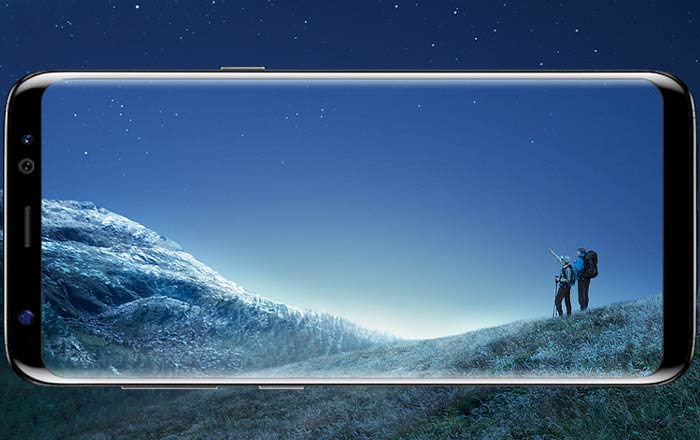 Samsung is reportedly hard at work trying to produce a smartphone with curves on all 4 sides rather than just the left and right ones. This would mean extending the screen to the top and bottom, completely eliminating the bezels found there.

If successful, Samsung could have a phone with a 98% screen-to-body ratio on its hands. In comparison, the Galaxy S8 boasts of an 83% screen-to-body ratio. Creating such an all-screen wonder is apparently very difficult though, with both Samsung Display and LG Display scratching their heads trying to come up with a way to make it a reality.

The main problem appears to be technical difficulties in the lamination process. OLED panels have to be laminated since it includes components like the protective layer and touch film.

However, when a panel is bent on all 4 sides, the 4 corners become useless since the current lamination procedure won’t let these corners process a user’s touch. Even the iPhone 8 couldn’t escape this problem, with Apple apparently opting for a flat OLED screen rather than a curved one due to the limitations of the process.

Samsung’s not letting these issues drag it down though, since it’s rumored to be working towards launching an edge display with 4 curves next year. It’s not clear if the Galaxy S9 will have the honor of being the one to debut it, though it’s easily one of the top candidates.