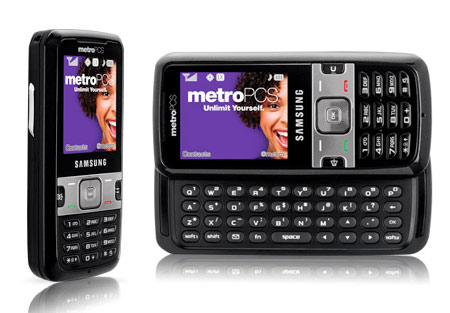 Samsung has announced to launch a new phone called Messager also known as SCH-r450. The latest handset features a slider design and has a QWERTY keyboard hidden inside. The horizontal QWERTY keyboard can be used when the display is slide up.

Apart from that the Messager phone features a 1.3 megapixel camera, SMS, MMS, email and IM messaging capabilities. Other features of the phone include advanced voice recognition, Bluetooth wireless technology and speakerphone for easy hands-free. An external microSD card slot can also be found in the phone for, those who want to carry their favorite music along with them.

“The stylish horizontal slider of the Samsung Messager is easy to use,” said Bill Ogle, Chief Marketing Officer of Samsung Telecommunications America. “The Samsung Messager’s attractive layout and QWERTY keyboard is a great fit for people who love text messaging.”

Samsung Messager phone is now available for MetroPCS customers. However, there is no word on pricing as of yet.