Samsung has a low-mid end 64-bit phone on the cards?

That headline may not make sense for many, but there is a hint that Samsung is currently testing out a phone featuring a 64-bit processor but low-mid end specifications. One would think the South Korean giant might save this gimmick for its next flagship, but that’s supposedly not the case and it’s strangely, the exact opposite of that.

A certain SM-G510F handset has been spotted on a benchmark site, bearing a 64-bit Qualcomm Snapdragon 410 chipset and an Adreno 306 GPU. This Samsung phone seems to be running the Android 4.4.2 KitKat OS, so it’s certain that it’s a Galaxy device rather than a Tizen one. 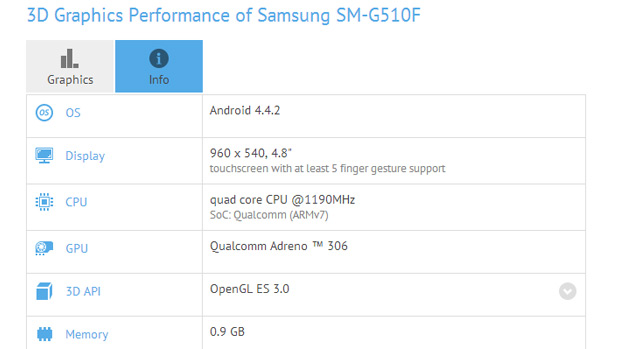 The apparent SM-G510F kicks in a 4.8-inch display bearing a resolution of 540 x 960 pixels according to the listing on GFXBench (via Phone Arena). 1GB worth of RAM and 8GB of internal storage also make their way into the device, aside from an 8MP rear camera and a 5MP front snapper.

In the aforementioned benchmark test, this device managed to beat the Moto G but not by a huge margin. The fact that this 64-bit processor-equipped Samsung phone could only compete with the low-end Motorola handset and not with other mid or high range smartphones is a bit too strange.

No Android phone bearing a 64-bit processor is out in the market right now, and the honor is only being flaunted by Apple’s iPhone 5S. It’s hence likely that competition will force Android device makers to create such phones as well, and Samsung it seems wants to jump into the future first.