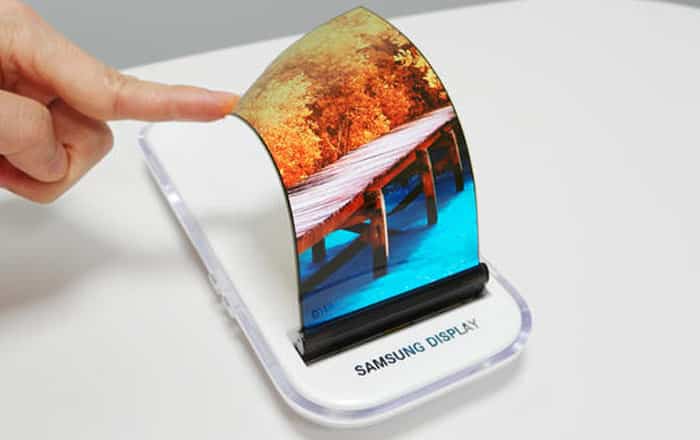 News about Samsung coming out with bendable smartphones have been around for years, with the most recent one in April claiming a 2017 launch for the handsets. It looks like that prediction may be coming true after all, with a brand new report asserting that the brand is planning to take the covers off two such phones by February 2017.

Insiders told Bloomberg that Samsung’s foldable devices will be made out of organic light-emitting diodes (OLED). The material doesn’t need a backlight, making it easier to mold than other substances like LCDs. As for the handsets, one can be folded in half just like a cosmetic compact.

The other apparently measures 5-inch as a handset and 8-inch when folded out as a tablet. This falls in line with previous rumors which had suggested a similar mechanism. Samsung has supposedly been facing a few obstacles concerning transparent plastics and durability in its efforts to make a true bendable phone a reality.

These issues have allegedly been resolved now, which is why Samsung is moving ahead with its projected February 2017 launch. It’ll probably take place during the MWC in Barcelona. The unveiling would also give it a head start over Apple. The latter is also planning to out its own OLED iPhone in 2017.

Interestingly, speculation so far has insisted that Samsung is the one supplying the OLED panels for the 2017 iPhone. If true, it looks like 2017 will be dominated by the Korean brand. Analyst Lee Seung Woo even goes as to call the new products a game-changer if the company manages to develop a UI suitable for foldable screens.

In related Samsung news, the firm is apparently looking to bump up the name of the next Note device directly to Note 7 instead of 6 in order to keep it in line with its flagship S7 series. The brand doesn’t intend to market the new bendable phones under the Galaxy S moniker.