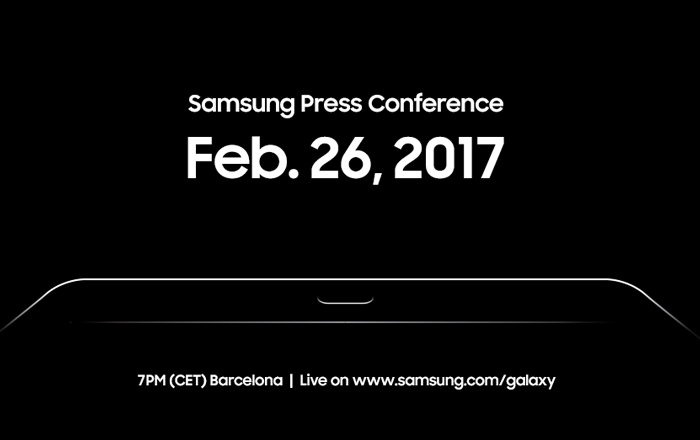 Samsung surprised everyone when it officially confirmed that it would not be outing the Galaxy S8 at the MWC this year, an annual tradition for its flagship phones. Many wondered whether it would be making the trip to the convention at all.

This mystery has now been solved thanks to an invite issued by Samsung. The brand is planning to host an event on February 26, a day before the MWC 2017 begins. While it hasn’t mentioned what exactly it’s planning to reveal, the outline in the image above hints that the brand is looking to lift the veil off a new tablet.

A recent South Korean report had indicated that the firm was going to launch the Galaxy Tab S3 at the MWC. This seems especially likely now that the invite is out. As per speculation till date, the slate is going to sport specs like a 9.7-inch 2048 x 1536p display and Android 7.0 Nougat.

The Galaxy Tab S3 might be powered by a Snapdragon 820 processor and supported by 4GB of RAM. Like its previous variant, the device could measure just 5.6mm in terms of thickness. With regards to its photography prowess, there’s a chance the offering will be blessed with a 12MP rear and 5MP selfie camera.

Samsung is reportedly set to release Wi-Fi only and LTE models of the Galaxy Tab S3 with version numbers SM-T825 and SM-T820, respectively. The tablet may be priced at KRW 700000 which translates to approximately $600 or Rs 41000 and hit South Korea in March.