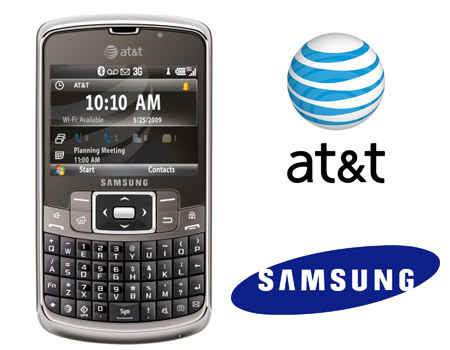 AT&T along with Samsung launches the next generation Windows Mobile 6.1 smartphone known as the Samsung Jack. The mobile phone boasts of a sleek appearance and sports an optimized keyboard for easy messaging.

Mike Woodward, vice president, Mobile Phone Portfolio, AT&T Mobility Corporation stated, “The Samsung Jack will be another hit crossover smartphone in the tradition of the BlackJack and BlackJack II. The BlackJack series has been the number one selling franchise in Windows Mobile history.”

Bill Ogle, Chief Marketing Officer, Samsung Telecommunications America explains, “Samsung has a long tradition of bringing award-winning smartphones to our customers and the Jack is our next flagship device. The Jack takes the best messaging features, coolest multimedia options and cutting-edge productivity tools and packs them into a high-tech phone.”

This Samsung offering also supports System Center Mobile Device Manager 2008 from Microsoft. This feature lets customers access software distribution capabilities and security-enhanced access to company information while away from office. The handset can be upgraded to Windows 6.5. Also found in this phone is AT&T Mobile Music which gives users a unique music experience while on the go. This is possible by allowing easy access to a collection of music content like XM Radio Mobile and lots more.

The Cellular Video from AT&T enables viewers to gain access to loads of video clips like sports, entertainment and news through streaming video. Additional features integrated into the handset are Windows Media Player 10 Mobile, stereo Bluetooth technology and microSD memory card slot with external storage capacity of up to 16GB. AT&T customers can make and receive calls through the Jack in over 215 countries and perform data functions in over 170 countries that have deployed 3G networks.

The Samsung Jack will be released tomorrow via select AT&T retail locations or online for a price of $99.99 after mail-in rebate. This is offered with a two year service agreement.