Samsung hints at presence of eye scanner on upcoming Note 4

‘Fingerprint scanners are a passé; let’s move our attention towards eye scanners,’ could be the words uttered at a top-level Samsung meeting about its forthcoming Galaxy Note 4. Getting serious, there is no concrete evidence of this possibility, but a hint that points towards it has just been posted by the company itself.

That image you’re seeing down below is the source of this speculation, with its large eye design pasted on a phablet that the hand is holding. Coming from the official Samsung Exynos Twitter account, this picture is accompanied by the text, ‘Security can be improved using features unique to us.’ 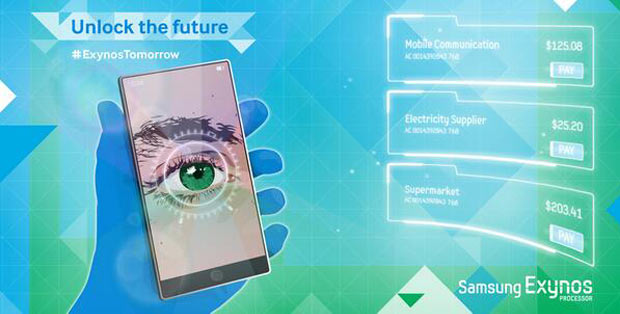 Knowing that Samsung usually reserves its fresh innovations for its flagships, the Note 4 is our best bet at seeing an eye scanner on a handset. The tweet which is the source of this information has been deliberately kept vague, but one thing that’s for sure is that the company is teasing something regarding an eye scanner.

The Samsung Galaxy Note 4 will supposedly be launched at the IFA this September, equipped with a range of high-end features including a QHD display. As is the case with every device from the Note series, it will carry with it an S Pen as well.

Underneath its hood will be the ultra-powerful new Qualcomm Snapdragon 805 SoC with a quad core processor clocked at 2.7GHz. There’s a scarcity of concrete details about the Samsung Galaxy Note 4 at the moment, but expect to hear more about it in the weeks to come.