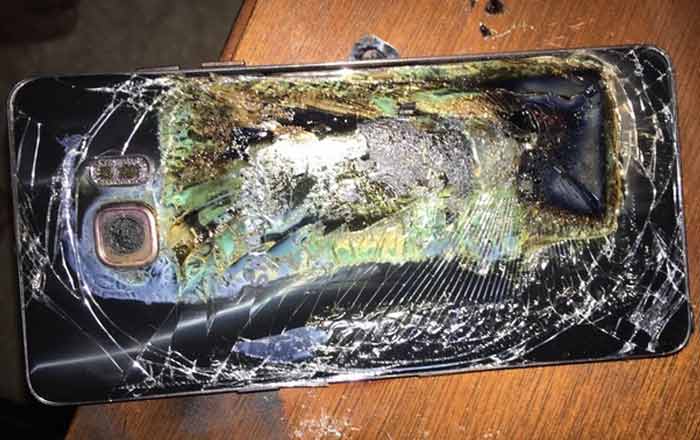 Samsung has temporarily stopped production of the Galaxy Note 7 after a number of replacement units caught fire around the world. While the company itself has not confirmed this development, an anonymous official told Yonhap News Agency that the hiatus was being conducted in cooperation with safety regulators in China, South Korea, and the US.

The source also claims that Samsung’s Vietnam plant in charge of global Galaxy Note 7 shipments will be affected by this halt. The move comes in the wake of major carriers like AT&T, T-Mobile, Verizon’s decision to stop sales and exchanges of the replacement units of the phone.

There have been 4 reported cases of the supposedly safe version of the Galaxy Note 7 bursting into flames in the US. The first was highlighted last week when a Southwest Airlines plane had to be evacuated after the device started billowing out smoke.

The second involved a 13-year-old girl whose Galaxy Note 7 started burning up in her hands. The third actually got a man to the hospital for acute bronchitis caused by smoke inhalation after it went up in flames in his bedroom. The fourth similarly took place in a man’s bedroom and filled it with smoke.

Samsung is now scrambling to put out the fires its smartphone is creating, assuring the public that it is investigating the incidents. If the new reports are true, it could mean a permanent death knell for the handset. It was barely surviving the first recall, and the chances of it outlasting a second one are low.

Galaxy Note 7 owners in the US can now opt to exchange their device for another one via AT&T, Verizon, T-Mobile and Sprint.