Samsung Gusto 2 now up for grabs at Verizon Wireless 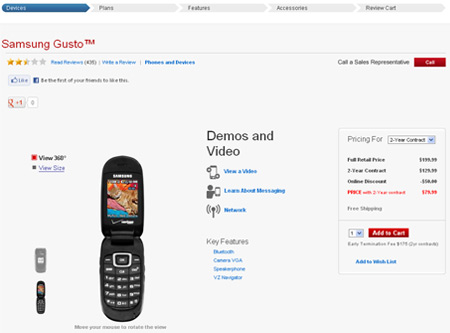 As if to salvage feature phone enthusiasts from the current smartphone frenzy, Verizon Wireless has announced the addition of the Samsung Gusto 2 to its network. Borrowing the looks from its predecessor, this flip phone has most of the basic features in place so that users can remain connected with family and friends on the go.

The compact handset is replete with a 2-inch main display as well as a numeric keyset. And it does have a 1.3MP primary camera onboard that features attributes such as brightness control, a timer, shooting modes and effects. Additionally, with one-touch shortcut keys, users can swiftly access the speakerphone, voicemail, emergency contacts, messaging and camera. Needless to say, the direction keys can be customized to directly land upon the most commonly used features. Emails, voice messages, texts and images can also be sent across through the device. 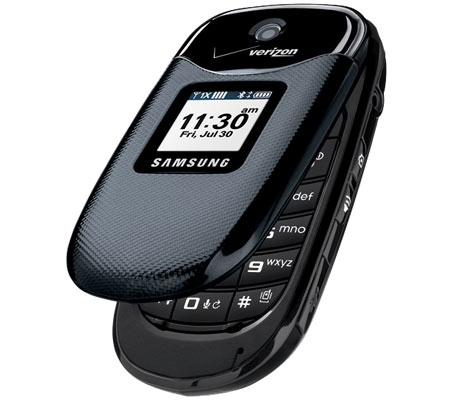 The carrier’s VZ Navigator service can be indulged in via the handset that is also complete with the the Bluetooth attribute for hands-free communication. The device even speaks out the contact information when a text or a call is received. Another feature that potential users may approve of on the Samsung offering is the ‘Fake Call’ attribute that allows them to set up a pseudo call and get themselves out of awkward social situations.

The Verizon Wireless Samsung Gusto 2 price is chalked down at $79.99 with a new two-year agreement and after a $50 mail-in rebate. The handset is expected to hit Verizon Communications Stores in the coming weeks, while it is already purchasable on the carrier’s official web portal.