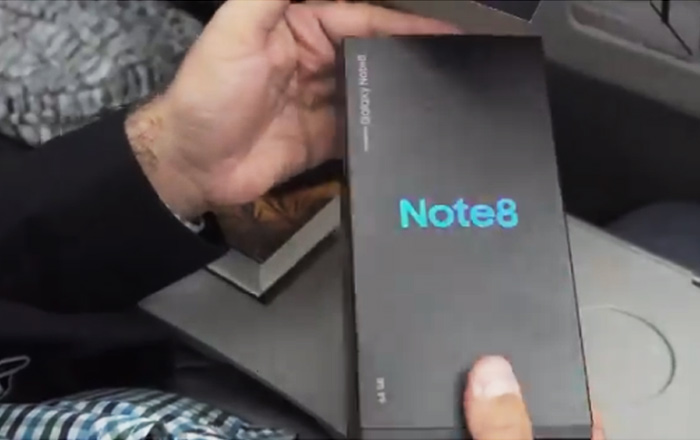 Samsung’s Galaxy Note lineup seemed doomed to meet its untimely end in 2016 when two weeks after launch in August, multiple allegations of the Note 7 catching fire starting hitting the headlines worldwide. By September, the mobile giant was ready to recall millions of units of the device for replacement or refund.

It was undeniably one of the biggest disasters relating to consumer electronics in recent times. Given the number of Note 7 phones which were in circulation by the time Samsung issued a statement announcing refund or replacement of the phablet, airlines around the globe starting placing restrictions on carrying and charging these devices.

Then the Galaxy Note 8 was released in September 2017. And fans seemed ready to forgive and forget its predecessor’s inclination to catch fire. But Samsung’s PR team has found a way to spin gold out of straw; asking once again to be pardoned for the Note 7 debacle. 200 passengers on board domestic flight IB0513 in Spain, were recently surprised with a free Note 8.

Iberia Airlines has tweeted a video of in-flight attendants handing out the smartphone (that costs about $1000) to the lucky passengers aboard the plane. The promotion is undoubtedly a smart reminder of how Samsung has turned things around for its popular phablet series since the Note 7 and its exploding battery issues.

From the expressions on the Iberia flight’s passengers’ faces, they were undoubtedly delighted about Christmas coming early for them. Way to spin the Galaxy Note series’ notoriety into publicity gold, Samsung Espana.