Samsung Gear S gears up for US release, launching on November 7 through major carriers

After having been launched in India and other markets, the Samsung Gear S smartwatch is all set to leave a mark in the US starting November 7. It’s a unique product owing to the fact that it features standalone network connectivity, which is also the reason it will be offered by major carriers in the country.

Samsung has announced that AT&T, Sprint, T-Mobile and Verizon will all be seen vending the Tizen OS-based smartwatch. While AT&T will offer the product at $200 on a two-year contract, Sprint and T-Mobile will ask for monthly payments for two years, which will eventually lead to $384 and $350, respectively, flying off your bank accounts. Verizon is still to disclose its pricing details. 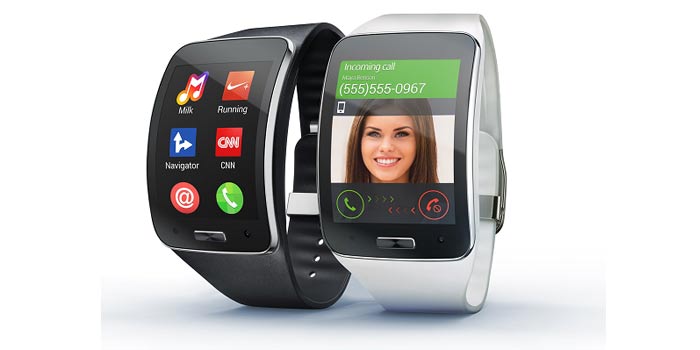 At those prices, the Gear S looks to be quite an expensive timepiece compared to the various Android Wear devices present in the market right now. However, it also happens to be the only one among them that lets you head out of your homes without your smartphone.

Thanks to its carrier connectivity via a nano SIM card, this Samsung gadget lets you place or receive calls to your contacts directly. Moreover, you can even type out messages using an on-screen keyboard and view your notifications on its 2-inch Super AMOLED display.

Here’s a quick look at the key specs of the Samsung Gear S:

November 7 is the date on which AT&T and Sprint will begin offering the Samsung Gear S, while T-Mobile will start doing the same on November 9. Verizon is still to reveal its plans of selling the device.