The Samsung Gear S which we first had a glimpse of at this year’s IFA expo is ready to hit markets in the US during this fall season. It’s a smartwatch which uniquely enough isn’t mandated to be connected to any other device, and will hence will sold by major carriers in the country that include Verizon, AT&T, Sprint and T-Mobile.

This device has been provided with its very own nano SIM card slot which sits on its rear surface. With it, you can access 3G data, thus eliminating the need for a smartphone or any other device being connected to it. 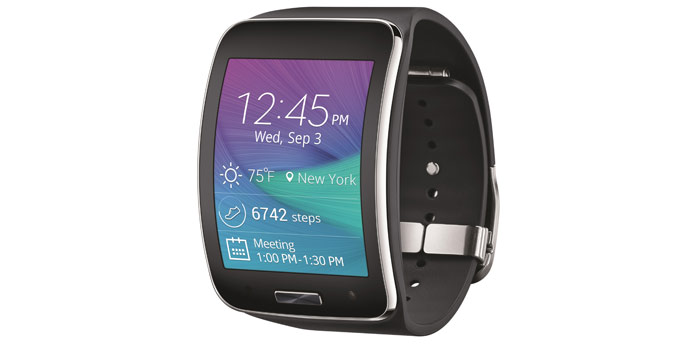 As a result, Samsung Gear S has been equipped with an on-screen keyboard as well to help you type out your messages and emails. It has only one physical button that accompanies its touchscreen display on the front surface.

Also See: Oru Watch has the wish to be the first dual display smartwatch

This smartwatch is powered by the Tizen OS, and comes with a 1GHz dual core processor onboard. A 2-inch Super AMOLED panel is lodged on its front, offerings its visuals in a resolution of 360 x 480 pixels. This device houses 4GB worth of storage space, while 512MB of RAM has also been granted to it.

Here’s a neat look at the specs of the Samsung Gear S:

Exact pricing and release date details of the Samsung Gear S will be revealed in the weeks to come, so stay tuned.