Android Wear is all set to be the buzz word at this year’s Google I/O, and the Samsung Gear Live could be one of the products that will propagate its use among attendees. Yes, the supposed new smartwatch running Google’s new wearables platform could be called that, and what’s more is that we have word on the kind of components it will be tagging along.

Samsung seems too fond of its Gear nomenclature to abandon it with its first ever Android Wear release. After all, the company has sold three prominent smartwatches and one sleek fitness band under that naming convention. The Samsung Gear Live is a term that hence makes sense. 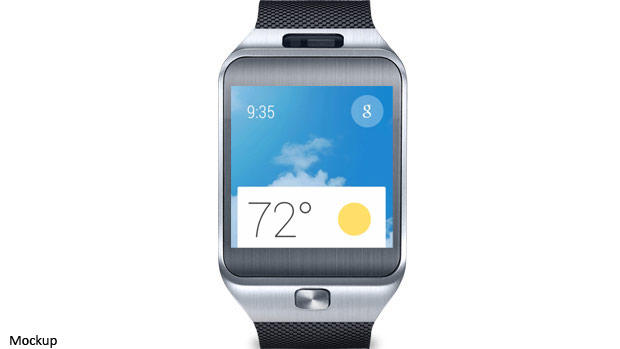 A Spanish site named ALT1040 (via Android Community) is the source of this latest information about the rumored product. It has also listed out the components this device will be blessed with. Apparently, it will grab a 1.63-inch Super AMOLED display bearing a resolution of 320 x 320 pixels.

This smartwatch is said to have grabbed a 1.2GHz processor and 512MB worth of RAM. It will supposedly kick in 4GB worth of internal storage and a 300mAh battery. The Samsung Gear Live will of course feature Bluetooth 4.0 support as well, while it could even grab an IP67 rating, making it resistant to dust and water. This product will apparently be sized at 37.9mm x 56.4mm x 8.9mm and tip the scales at 59 grams.

If there is indeed any Samsung Gear Live, the Google I/O is our best bet to hear something official about it. This event is scheduled to commence later today, so stay tuned.