The Samsung Gear Fit, a wearable device that’s a cross between a smartwatch as well as a fitness band, has been launched at the expo being held in Spain along with a couple of other gadgets belonging to the Gear range. And this South Korean company is not the only one to have tapped the fitness market, others like LG, Huawei and Sony have also released their respective contenders.

Meant for active consumers, the Gear Fit sports a 1.84-inch Curved Super AMOLED screen of 432 x 128p resolution. It doubles up as a pedometer, stopwatch or timer and can be used to keep a track of your heart rate as well as sleep amongst other things. You even get the option of replacing its strap which will be available in black, orange and mocha grey shades. 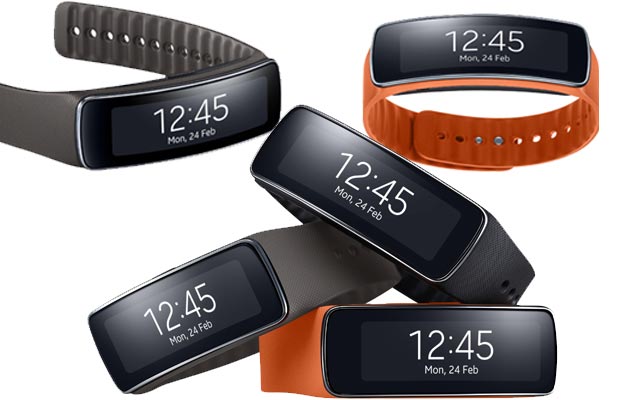 Considering that the band is meant to be used outdoors, it has acquired the IP67 certifications which makes it capable of resisting dust and water. The Gear Fit measures 23.4 x 57.4 x 11.95 millimeters and tips the scales at merely 27 grams. This Bluetooth-enabled gadget employs a 210mAh battery and is deployed with a gyro sensor, an accelerometer and a heart rate monitor amongst other things.

The LG Fitness Band FB84-BM (in the picture below) is also coming soon in three different sizes along with the Huawei TalkBand B1 which boasts of a pop-out ear piece. Sony who already has a couple of smartwatches to its credit, is all set to enter the arena with the SmartBand SWR10. 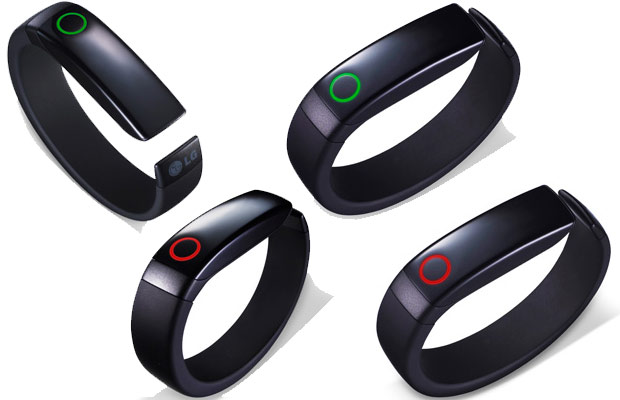 The Samsung Gear Fit which can display notifications for messages, calls, social networks and more, will hit store shelves sometime in April.