Samsung Gear Fit sheds some of its price in India, now available for Rs 12100

The Samsung Gear Fit smart band which was released in India by the South Korean company in April this year, has been granted a decent price drop now. The device was earlier available at a price of Rs 15450, but its asking amount has been brought down to Rs 12100.

That’s a reduction of Rs 3800 from its original value, which is good news for fitness enthusiasts who were thinking of buying this device. Prices for the Tizen OS-powered Gear 2 and Gear 2 Neo remain the same however, at Rs 21550 and Rs 15450, respectively. Furthermore, the older Android-powered Galaxy Gear is still available in India, at Rs 15290. 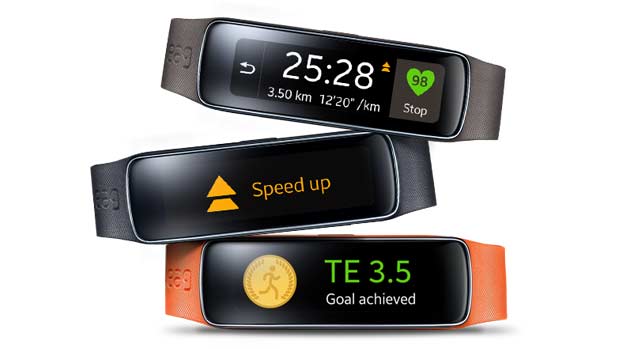 Coming back to the Gear Fit, unlike other products from the range, it’s is not exactly a smartwatch but a fitness tracking gadget. Thanks to its heart rate monitor, it is able to deliver real-time information about the progress and results of your workouts.

Moreover, fitness recommendations are also pushed onto its screen by this smart band. Once connected to your Android devices, it can perform basic tasks like answering or rejecting calls, reading messages and emails and more. It comes equipped with a Super AMOLED panel which can be exploited to show a large number of customizable themes which will be displayed when you’re not using it.

The company’s eStore is now selling the Samsung Gear Fit at its reduced price of Rs 12100. It is only available in the form of a black colored model.