Samsung Galaxy Young price and release date to drop in next 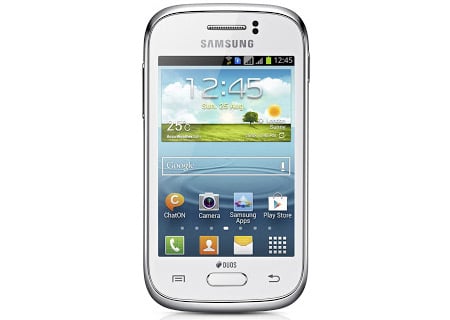 While the price and the Samsung Galaxy Young release date haven’t been announced, we’ve at least been offered the phone’s specifications for now. The youthful Android smartphone is targeted at a fresh generation of users and comes with Jelly Bean. In fact there have been two reveals, and the second is the Fame which is part of the same series.

The Galaxy Young features 4GB of internal storage which can be taken all the way up to 64GB via microSD card. In terms of its other internals, there is a 1GHz processor and 768MB of RAM to keep things running smoothly. The company says it will be an affordable solution that should meet the expectations of those in the relatively youthful age bracket. 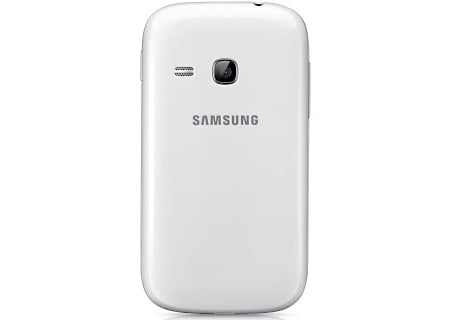 The South Korean manufacturer is really pushing its limits with smartphones and the mid-range device comes with Android 4.1, undoubtedly the main highlight. The handset receives a compact form factor and ergonomic style, making it easy to hold. It has a 3.27-inch HVGA TFT full touch display which takes advantage of the platform’s clean UI and smooth feel.

The device will be released in two variants, one offering dual SIM support which works in the always on mode of operation. Look close enough and it becomes clear. The image above has dual SIM branding, while the one below doesn’t. It can also work in a hybrid mode, wherein 3G data can be in use through one card while a call is received on the other. 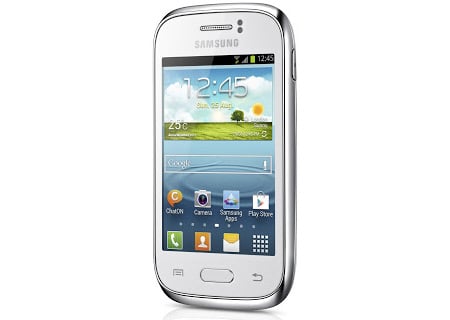 There will be a 3MP camera on the back panel, but the front doesn’t get one. Practically the entire range of the company’s software suites has been included, such as its TouchWiz UI, gaming hub, Kies, ChatON, S Cloud and others, plus a whole bunch of Google services.

On the connectivity front, there is Bluetooth v3.0, USB 2.0, Wi-Fi and Wi-Fi Direct. Also crammed into the device are A-GPS, an accelerometer, a digital compass and a proximity sensor. Within its dimensions of 58.6 x 109.4 x 12.5 millimeters, and encompassed in its 112g mass, is a 1,300mAh Li-ion battery. 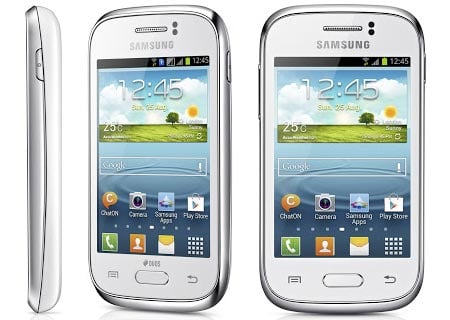 Cost and release day information of the Samsung Galaxy Young haven’t been officially mentioned, but we can expect to hear more at this year’s MWC, where we know the company will not launch the S4.