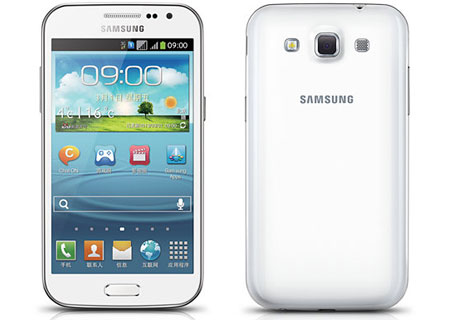 After some speculation and a round of leaks, Samsung has made the Galaxy Win and Trend 2 official for China. And while there has been no mention made of the former’s SIM type, the latter will come in both single and dual SIM versions. The company has effectively put to bed all the speculation on what the handsets will offer.

Let’s start with the one that comes only in a single version. It runs on the Android Jelly Bean 4.1 OS, something of a given now-a-days, and features a WVGA TFT display of spanning 4.7 inches diagonally. This is not much of a resolution for images and video considering the large screen size. Additionally, there is a 5MP primary camera on the back and what appears to be a VGA font-facing webcam. 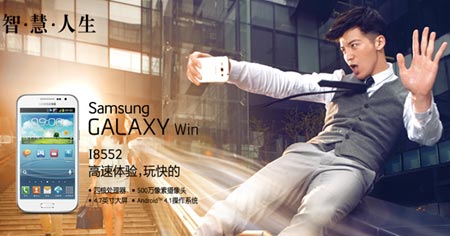 It houses a 1.2GHz quad core processor, but just how much RAM and internal memory will be present is not known, although there should be a microSD card slot for expansion. Wi-Fi, Bluetooth 3.0 and GPS bulk up the connectivity options, while a 2,000mAh battery is packed within its 133.3mm x 70.7mm x 9.65mm dimensions, which closely resemble those of the GS4. It will come pre-loaded with the company’s ChatOn service, as well as social networking apps for Sina Weibo and QQ. 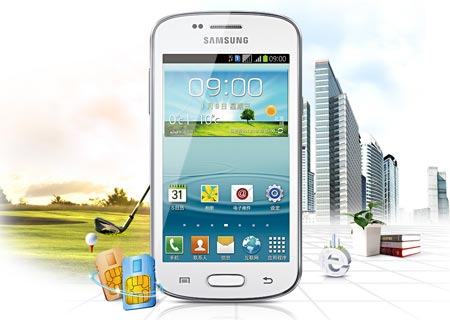 Now, the Trend 2 will also employ Android 4.1 out of the box and draw its capabilities from the power of a 1.2GHz dual core chip. It will have, however, a screen size of 4 inches with a presumably slightly better suited WVGA resolution. Only a 3MP snapper on the back for the phone then, but Wi-Fi and Bluetooth 3.0 have been added. 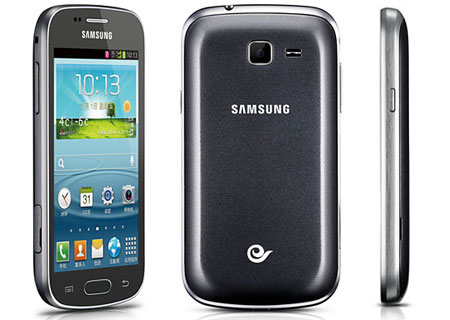 It too will come with ChatOn complimented by the company’s Kies software. Just like the other handset, internal storage and RAM specs haven’t been revealed, but support for microSD cards has been included. Finally, users will have a 1,500mAh battery delivering power. The dual SIM version is only slightly broader than the single SIM variant and just a tad heavier.

There is no word on a price of the Samsung Galaxy Win and Trend 2, and at this time it is unclear whether the company will move to release the phones in emerging markets like India and Africa, like the Pocket Neo.