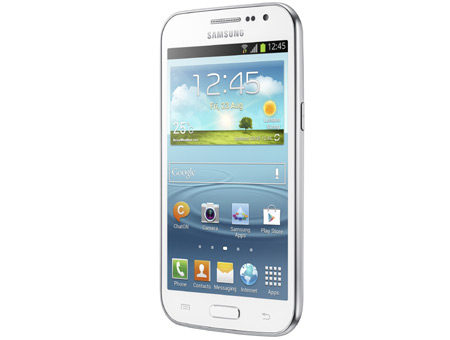 Samsung has officially announced the Galaxy Win, revealing in the process its entire list of specifications. The handset showed up on the company’s website for China a few days ago (along with the Trend 2), but it wasn’t clear how much RAM and internal storage it would have. Now we have confirmation on those aspects that were left out earlier.

The phone will have a 4.7 inch TFT LCD, putting out visuals at a WVGA resolution. Now this might seem too low considering the screen’s size, but the device is expected to fall in the mid-range category. The operating platform will be Jelly Bean (Android 4.1) with a layer of the company’s TouchWiz UI. 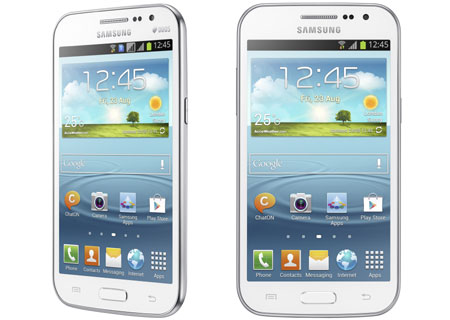 The high point of the gadget is its CPU, a 1.2GHz quad core application processor. This is supported in operation by 1GB of RAM and 8GB of internal storage, although the latter can be expanded by as much as 32GB via a microSD card slot. There is a 5MP camera on the back and a VGA webcam for video chats, with no mention of auto focus, although it appears as though there will be the option of a flash.

On the connectivity front, users will have Bluetooth 3.0, Wi-Fi and A-GPS, as well as DLNA support. The phone itself measures 133.3 x 70.7 x 9.65 millimeters in dimensions, which closely resemble those of the upcoming GS4. It weighs about 144 grams, a figure that includes the 2,000mAh Li-ion battery. Exact usage stats, however, have not been mentioned. 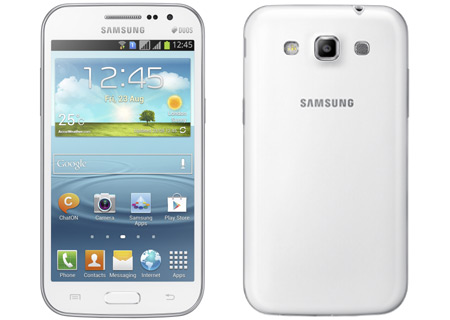 The company says the handset will have an easy mode, in which a simple home screen will provide access to users’ most important functions. It will also come with Smart Alert and Motion UX. The former delivers notifications that may have been missed, while the latter allows for functions such as muting through simple motion controls.

The Samsung Galaxy Win will be made available in single and dual SIM variants, the latter functioning in an always-on mode. The phone will come in two different colors – ceramic white and titan gray. Unfortunately, the South Korean manufacturer has only chosen to share images of the white version.