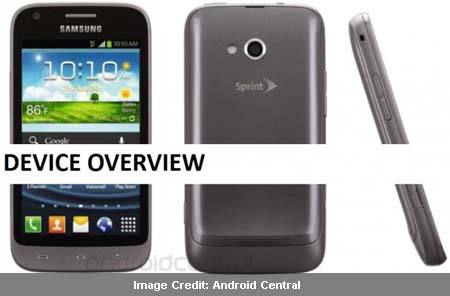 The grapevine is abuzz with speculations about the impending release of the Samsung Galaxy Victory 4G LTE Sprint that operates with the help of the Ice Cream Sandwich platform. If the rumor is to be believed, it may hit store shelves in September itself.

Reportedly, an employee at Sprint spilled the beans to Android Central, but has refrained from disclosing the exact release date. Its leaked specifications reveal that the 4G LTE-enabled smartphone with quad-band GSM support, acquires multitasking properties from a 1.2GHz dual core Qualcomm processor. It tags along 4GB internal memory and should be capable of supporting a microSD card of up to 32GB capacity.

The handset with dimensions of 4.8 x 2.5 x 0.5 inches, is outfitted with a 4-inch WVGA TFT multi-touch display which can render visuals in 800 x 480p resolution. Similar to most other Samsung devices, the latest addition to the Galaxy range will also be deployed with TouchWiz. This UI will work in conjunction with the Android 4.0.4 OS to offer an intuitive and user-friendly interface. Its front-mounted 1.3MP webcam can be used for video calling purposes, while a 5MP primary camera featuring 4x zoom should come in handy for capturing images and videos.

Furthermore, the Victory extends support to multiple audio and video codecs such as AAC, MP3, WAV, MID, AMR, OGG, WMA, AWB, MPEG4, WMV, DivX, H.263, H.264 and many more. The hearing aid-compatible phone boasts of wireless communication options like Bluetooth as well as Wi-Fi and is loaded with Social Hub and Media Hub amongst others.

The Samsung Galaxy Victory 4G LTE Sprint price and release date have not been given a mention.